Pastor of 145-year-old burned black church: 'I love this country -- I wasn't born in Africa' 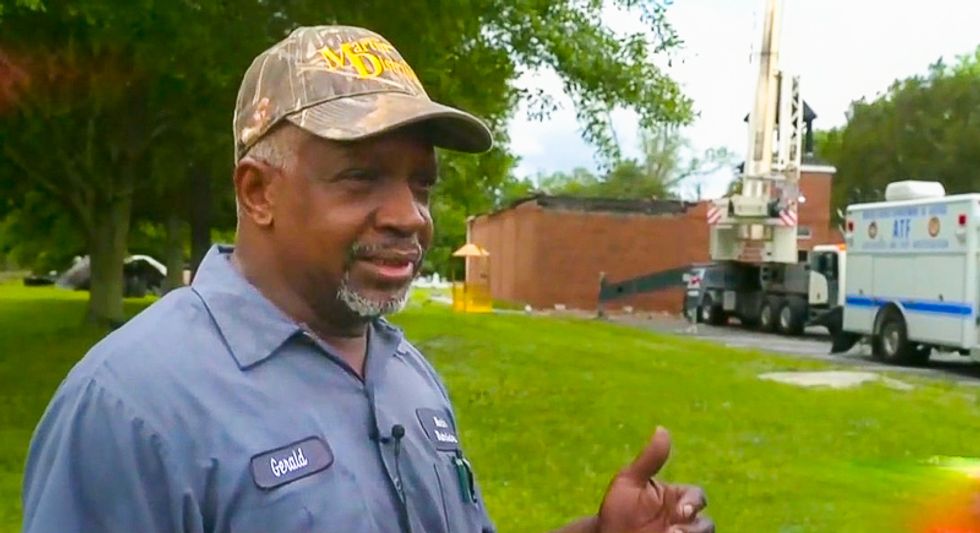 Pastor Gerald Toussaint told MSNBC that Mount Pleasant Baptist Church was burned by people who most likely did not understand that he is a veteran who loves his country.

The pastor pointed out that the church had stood for 145 years prior to the burning. He said that he was waiting on evidence before declaring the tragedy a hate crime.

"We don't know who did it so if you put race in it and it turns out to be something else, it makes it look like we're pushing towards that," Toussaint explained. "I just want to find who did it and then why they did it. And then we'll go from there."

"They might have destroyed the building but they didn't stop the church," he continued. "So we have got to keep on going."

Toussaint said that he did not understand why someone would burn down a church where the pastor was a military veteran.

"There's an atmosphere that says we need to support the flag, we need to respect the flag," the pastor stated. "And they don't realize, I'm a veteran. I spent seven years for my country. And this is what people do to a person who has spent their time fighting for their country."

"It's heartbreaking," he added. "Because I love this country. I wasn't born in Africa. I was born in Opelousas, Louisiana. That's all I know. My daddy pastored here for 21 years. After he left, I came. And so, that's 30-something years of service to these people."