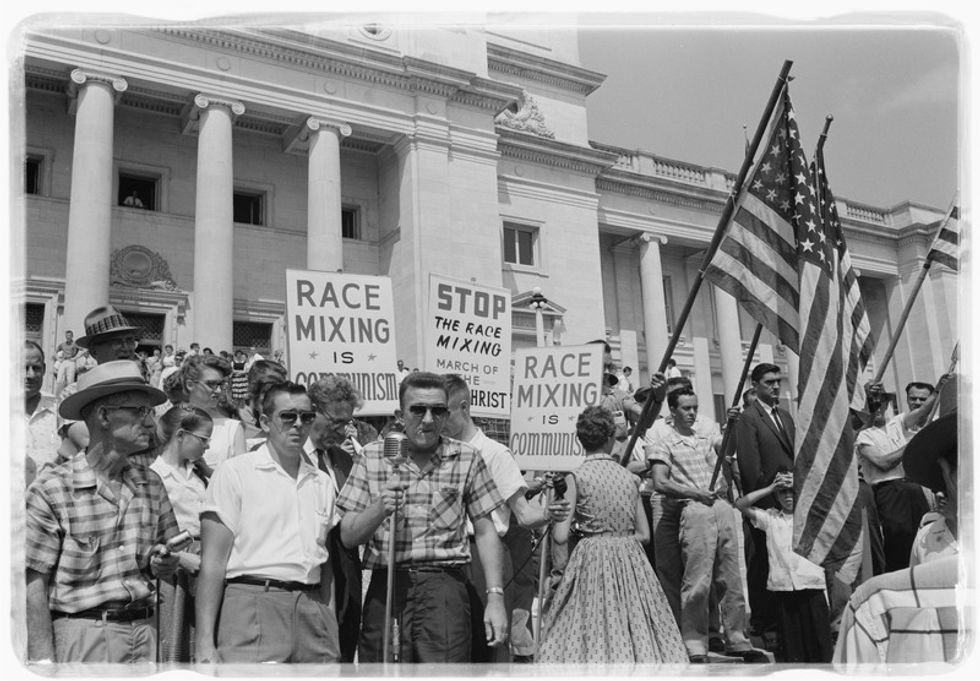 According to ABC News 15, an elementary charter school in Phoenix, Arizona is facing a complaint for allegedly making a third-grade African-American student re-enact the Little Rock Nine crisis, and play one of the black students ordered by courts to be allowed to attend segregated Little Rock Central High School in 1957.

In that incident, the nine students were famously escorted onto the premises by the U.S. Army, while segregationist protestors screamed racial slurs and abuse at them, after which they had to sit in class together with the children of those screaming protestors.

The student's mother, Claudia Rodriguez, said in a social media post that her son was made to walk between a line of students who screamed and humiliated him — and that the experience greatly disturbed him.

The school, BASIS Phoenix Central, denies that the activity was inappropriate, and says that the boy volunteered to play the role. The students reportedly did not use racial slurs for the activity, but just screamed and shouted.

But Neal Lester, the director for Project Humanities at Arizona State University, doesn't think any of that excuses the activity as appropriate. "The issue is not whether or not the students volunteered because I would imagine young students would volunteer to do all kinds of things, but that doesn't mean they necessarily understand the gravity of that."

The school plans to meet with African-American community leaders to ensure the topic will be handled as sensitively as possible in future.