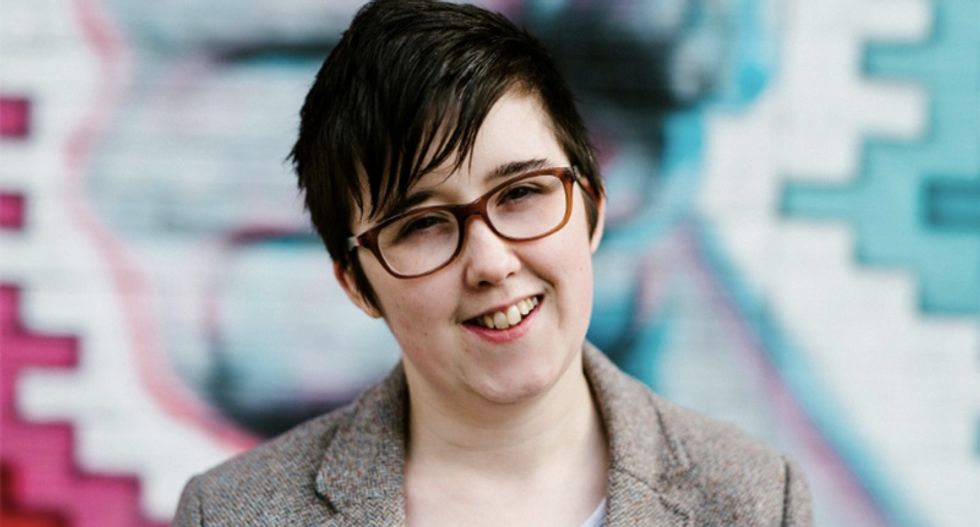 Jess LOWE Lyra McKee was named by Forbes Magazine in 2016 as one of their "30 under 30" outstanding figures in media (Photo: JESS LOWE PHOTOGRAPHY/AFP)

Police in Northern Ireland said they had released without charge two young men arrested in the investigation into the death of journalist Lyra McKee who was shot dead during riots in Londonderry.

The pair, aged 18 and 19, had been arrested under anti-terror laws and taken to Belfast for questioning.

Announcing their release, the Police Service of Northern Ireland made a fresh appeal for witnesses who saw what happened on Thursday night to come forward.

"I know there will be some people who know what happened but are scared to come forward but if you have information, no matter how small, please contact detectives," Detective Superintendent Jason Murphy said in a statement.

McKee, 29, was shot in the head late Thursday by, police believe, dissident republicans linked to the New IRA paramilitary group as they clashed with police in Northern Ireland's second city, also known as Derry.

The New IRA is a republican paramilitary group opposed to the shift towards non-violent tactics to bring about a united Ireland.

The 1998 Good Friday peace deal largely brought an end to three decades of sectarian bloodshed in Northern Ireland between republican and unionist paramilitaries, as well as British armed forces, in a period known as "the Troubles".

There have been concerns that paramilitaries could be seeking to exploit the current political turbulence over Northern Ireland and its border with the Republic of Ireland caused by Brexit.