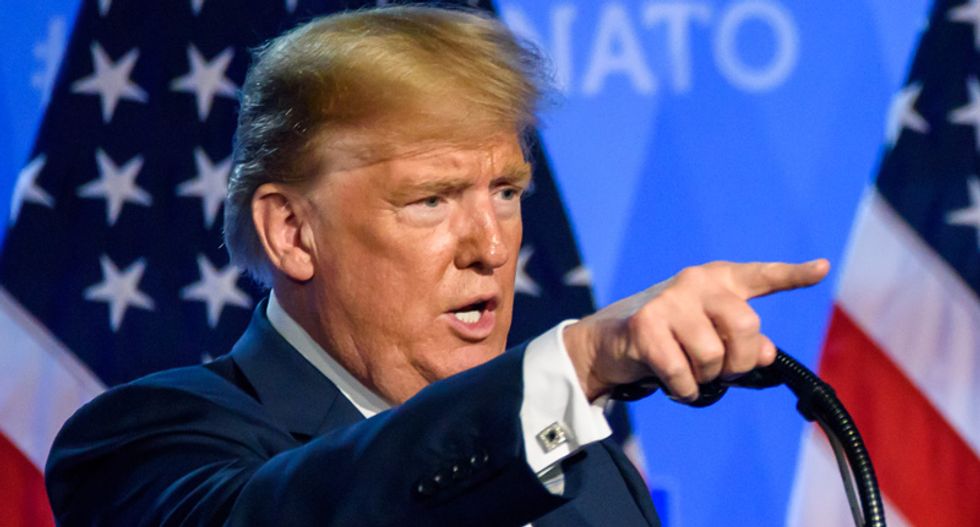 Behavioral economists have long understood that people tend to hold a strong bias toward maintaining the status quo. We prefer the familiar and resist change, even when doing so leads to poorer outcomes. For political journalists and editors in the Trump era who have spent their entire careers reporting on and analyzing American politics in a certain way—as a dramatic conflict between more or less competent partisans who may differ on every issue but nonetheless accept that we live in a pluralistic society and generally adhere to the rule of law—it manifests itself in a powerful bias toward normalcy. They want to believe that while the president may be a childish narcissist who spends much of his time trolling people on Twitter, happily steamrolls over democratic norms, regularly assaults our institutions and has repeatedly obstructed justice in plain sight, the political world is otherwise as they always knew it to be, and will ultimately weather the storm. It’s a subtle bias that leads to a lot of credulous coverage of Trump’s spin and a hesitation to use clear descriptive language when reporting on this White House.

For example, how else might one explain the traditional media’s eagerness to accept Attorney General William Barr’s summary of the Mueller report at face value. On April 3, The New York Times and The Washington Post reported that members of Mueller’s team had leaked to the press, via associates, that Barr’s summary didn’t accurately represent what the investigators had found. The following day, NBC’s Ken Dilanian reported that “some on the Mueller team say his findings paint a picture of a campaign whose members were manipulated by a sophisticated Russian intelligence operation.” That was ten days after Barr’s Cliff Note version of the Mueller report became public, which the New York Times greeted with a headline reading, “A Cloud Over Trump’s Presidency Is Lifted.” The Washington Post had gone with, “Mueller did not find the Trump campaign conspired with Russia, attorney general says” and Ken Dilanian had tweeted, “Folks, this is a total legal exoneration of the president. Congress will want to know more, of course. But the topline: No conspiracy, no obstruction.” Dozens of stories picked apart what Mueller had found as if we had any idea at the time.

One could argue that they were going with the facts available to them, but keep the backstory in mind. Trump fired former FBI Director James Comey to end the agency’s investigations into his campaign. He later told two Russian officials, “I faced great pressure because of Russia. That’s taken off.” Firing Comey was plan A.

On at least two separate occasions, Trump’s advisors reportedly had to talk him out of firing Robert Mueller. In one instance, he only backed down when White House Counsel Don McGahn threatened to resign. It's likely that behind the scenes, Congressional Republicans were also signalling to the White House that firing Mueller would result in an intense public backlash. They had to go a different route.

So they came up with Plan C -- firing then-Attorney General Jeff Sessions, who had recused himself from the Russia probe, and appointing Matthew Whitaker to serve as Acting AG. Trump had no doubt seen Whitaker on TV echoing his claims that the whole investigation was nothing more than a "witch hunt," but the move ended badly when reporters unearthed a number of shady business ventures Whitaker had been involved in. (One that hawked "masculine" toilet bowls specially designed for "well endowed men" was probably the comedians' favorite.)

William Barr, or Plan D, was a more credible version of Whitaker, having served as AG under George HW Bush in the early 1990s. Barr was known for his expansive view of executive power. In 1992, the conservative columnist William Safire called him the "Coverup General" for his role in successfully burying a big at the time, but now largely forgotten, scandal called "IraqGate." He did so by deflecting calls to appoint an Independent Counsel to probe allegations that Bush's CIA had covertly funneled support to Saddam Hussein through an Italian bank by instead naming a "special investigator" with a small budget and limited powers who then found no evidence of wrongdoing. And on another occasion, in 1989, when he was serving as the Justice Department’s Office of Legal Counsel and news leaked of a controversial memo, he refused to hand it over but "said he would provide an account that 'summarizes the principal conclusions,” according to Ryan Goodman.

Barr, who last year authored a 19-page memo arguing that Trump could not be guilty of obstructing justice for using his powers to derail an investigation into himself and his associates, then came to the same conclusion after reviewing Mueller’s report. According to the polls, the public didn't buy that coming from a regime with so little credibility, but most media outlets ran with the story of Trump's supposed victory it for several crucial days. There was probably more hand wringing introspection about how the media had screwed than there was skepticism of Barr's summary.

And at least in part, that's because none of Russiagate was in any way normal. A presidential campaign being “manipulated by a sophisticated Russian intelligence operation,” then winning, and then the new president admitting on live television that he fired his FBI director to obstruct an investigation into possible conspiracy with a hostile foreign power isn’t the way it’s supposed to work. Aaron Sorkin would never write that plotline into an episode of The West Wing. It must have been comforting, on a subconscious level, to believe that the cloud had been lifted from Trump’s presidency and we could all go back to tracking the next horse race.

Remarkable as it was to see ostensibly cynical reporters swallow the regime’s “total exoneration” line, that’s just one example of how the press’s normalcy bias influences their coverage.

It leads to excessive use of the passive voice and all sorts of contortions to avoid saying explicitly that the man holding the Nuclear codes is either totally out of his depth or possibly even delusional. This week, in a piece about CIA Director Gina Haspel’s difficulty getting Trump to focus on her intelligence briefings, The New York Times reported that “Mr. Trump’s word choices on a range of issues — Russian interference in elections, Iran’s nuclear program, North Korea’s leadership and, most importantly, the culpability and reliability of Saudi Arabia’s crown prince — remain at odds with the C.I.A.’s assessment of the facts.” Word choices… C.I.A.’s assessment of the facts

Similarly, if you’re a reporter who's watched the right use coded dog-whistles for years, it’s easy to fall back on the familiar and use euphemisms like “racially charged" for Trump’s over-the-top bigotry  or describe his comments as “racially tinged.” And of course, the media's reticence to say that a president who has made over 9,000 "false or misleading statements" in two years, according to The Washington Post, is a liar has been the topic of quite a bit of discussion.

Obviously, a lot of this is can be attributed to journalistic conventions that have been hammered into reporters over their entire careers. But prioritizing those norms over clear reporting on a regime that explicitly aims to shift the country’s demographic makeup and permanently disable the regulatory state is itself a form of normalization. It’s a big reason this regime has been able to weather a dozen blockbuster stories that probably would have brought down any other presidency. The New York Times spent a year reporting the story of how Trump was earning $200,000 per year as a toddler and became a millionaire by age 8 thanks to his father’s tax fraud scheme, and it barely made a ripple.

Trump’s supporters may be convinced that the media invent stories out of whole cloth to damage their president, but the press’s bias toward normalcy has favored Trump from the very beginning—from the  moment he descended that golden escalator to rail about Mexico sending us their rapists. A study of 2016 campaign coverage by researchers at Harvard University found that while both Donald Trump and Hillary Clinton received overwhelmingly negative press, there was a crucial difference in the reporting: The media consistently focused on Trump’s policy ideas, extreme as they were, and did not devote much ink to his myriad scandals, whereas the opposite was true with Clinton—reporters obsessed over her scandals, real or fabricated, and ignored her policy proposals. That may have been due in part to their expectations that she would inevitably win and had to be “vetted,” but it was also about not reckoning with the fact that a major party’s nominee had a long history of mob ties, haad repeatedly been accused of sexual harassment and assault and faced allegations of money laundering, among other things. That’s not normal stuff.

Now, as we head into another presidential election, this pervasive bias toward normalcy will no doubt be a significant advantage for a decidedly aberrant incumbent.