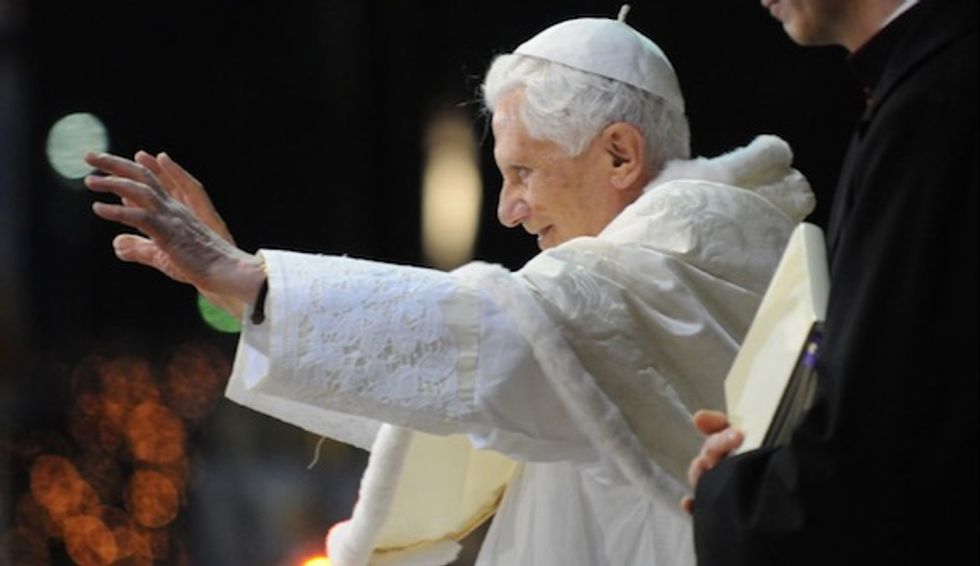 Former Pope Benedict XVI has emerged from years of relative silence to declare that the "sexual revolution" of the 1960's, "homosexual cliques" inside seminaries, and a societal collapse in morality are to blame for the Catholic Church's decades-long international scandal of priests raping children.

Before becoming Pope Benedict he was Cardinal Joseph Aloisius Ratzinger, the Vatican's man in charge of managing the growing revelations of the Catholic Church's child sexual abuse scandal. Ratzinger has been accused of personally making decisions to not punish priests who raped young and teen boys but to ship them off to other dioceses, where they often committed their crimes on an entirely new population.

“Why did pedophilia reach such proportions?” Benedict asks in his expansive, 6000 word letter, as The Washington Post reports. “Ultimately, the reason is the absence of God,” he answers.

The Post notes that Benedict "laments the secularization of the West and describes seminaries filled with 'homosexual cliques.'"

He "devoted the first third of his letter to changes in society and inside the church beginning in the 1960s that gave rise to an 'all-out sexual freedom.' He wrote that Catholic moral theology 'suffered a collapse' of its own during a period of major reforms."

Benedict also wrote that the sexual revolution of the '60's enabled pedophilia to be "diagnosed as allowed and appropriate."

The former pope, now titled Pope Emeritus, did not blame himself or his actions for enabling the sexual and emotional abuse of countless thousands – or more – of children.

The response by many noted theologians can be summed up by Brian Flanagan, professor of theology at Marymount University in Virginia, who Reuters cites in its reporting: