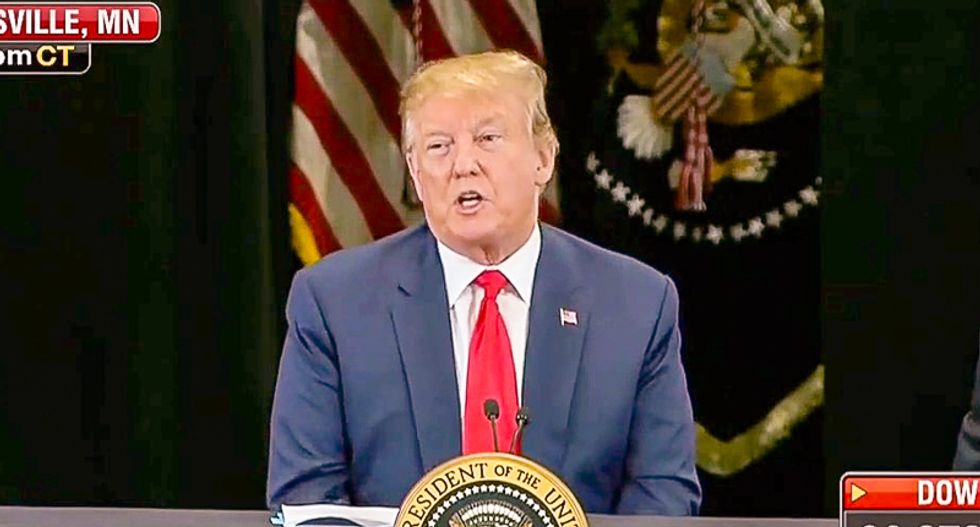 The fallout from the release of the full Mueller report continued Friday, as even traditionally conservative outlets denounced the President's actions as outlined in the document.

The right-wing National Review has long been critical of Trump. In a story published Friday, conservative columnist David French argues that "The Mueller Report Should Shock Our Conscience."

"I’ve finished reading the entire Mueller report, and I must confess that even as a longtime, quite open critic of Donald Trump, I was surprised at the sheer scope, scale, and brazenness of the lies, falsehoods, and misdirections detailed by the Special Counsel’s Office," French writes.

"We’ve become accustomed to Trump making up his own facts on matters great and small, but to see the extent to which his virus infected his entire political operation is sobering," he continues.

He also disputes the notion that the report constitutes a victory for Trump.

"And the idea that anyone is treating this report as “win” for Trump, given the sheer extent of deceptions exposed (among other things), demonstrates that the bar for his conduct has sunk so low that anything other than outright criminality is too often brushed aside as relatively meaningless,"

French outlines the multiples lies contained in the report, from Sarah Huckabee Sanders' claim that FBI staff had lost faith in Comey to Trump directing former White House counsel Donald McGahn to deny that Trump had suggested he fire Mueller.

"These lies have multiple consequences. First and most obviously, they demonstrate that the president’s word simply can’t be trusted," he says.

"Yes, I know that there are readers who will immediately respond that 'we already knew that' or that his dishonesty is already 'priced in.' But don’t forget — as recently as last year, 76 percent of Republicans still believed that Trump told the truth 'all or most of the time.'" French argues. "I personally know many people who believe that Trump’s ability to “tell it like it is” is one of his chief appeals."

He also points out that Trump's lies naturally infect the rest of his administration officials. Third, French says that the report shows why the Russia probe was essential.

"When our intelligence agencies are aware of Russian efforts to interfere in the election and tilt it toward Trump, they know Trump officials are in contact with Russians, and they know that Trump officials are lying about those contacts, then it makes cries of “witch hunt” sound hollow indeed — especially when the actual results of the investigation demonstrate that the special counsel declined to prosecute multiple individuals who had Russian contacts, including members of Trump’s own family."

He calls on Republicans to drop their fealty to the President and call out his lies.

"The lies are simply too much to bear. No Republican should tolerate such dishonesty."