‘I am relying on my own discretion’: Barr tells congress Americans should learn the ‘results’ of Mueller’s work 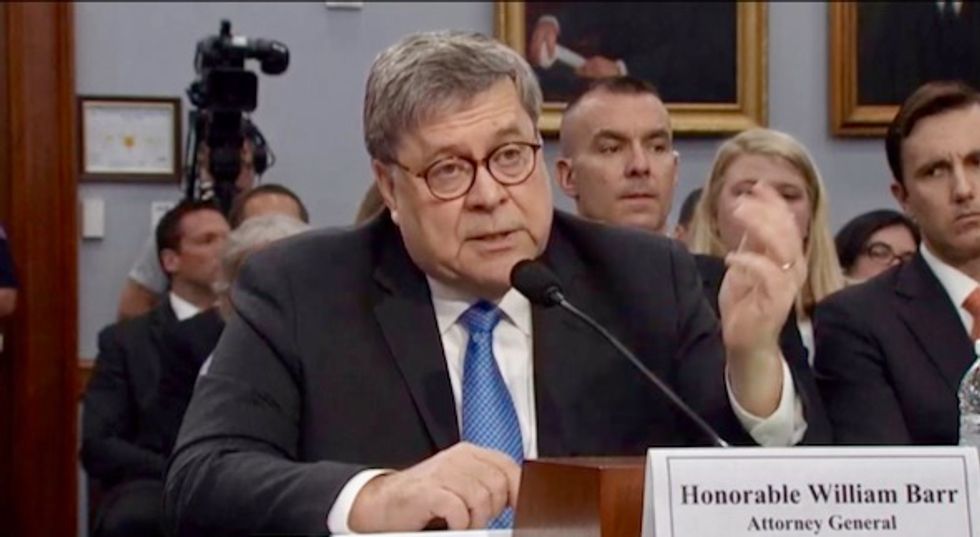 Attorney General William Barr, testifying before the House Appropriations Committee Tuesday morning, strongly suggested he will not release anything close to a full copy of the Mueller report to the American people – and focused on releasing "the results" of the Special Counsel's work.

The Attorney General appeared to stonewall, telling Members of Congress he is "constrained" in what he believes he is allowed to release.

"I do think it's important for the public to have the opportunity for the public to learn the results of the Special Counsel's work," Barr told the Committee, appearing to make clear he does not believe even a redacted version of the report should be made available to the public.

"You will recognize that I'm operating under a regulation that was put together during the Clinton administration and does not provide for the publication of the report, but I am relying on my own discretion to make as much public as I can."

Barr has had the full Mueller report for 18 days and yet not one complete sentence of it has been released, either to Congress or to the American people.

Barr says he will give Congress a redacted version of the Mueller report "within a week."

Attorney General William Barr on the Mueller report: “I am relying on my own discretion to make as much public as I… https://t.co/wlKxbwo7eq
— CNN Politics (@CNN Politics)1554818435.0

‘THE FIX IS IN’: JEFFREY TOOBIN REVEALS HOW AG BARR IS TWISTING THE LAW TO GUT MUELLER’S REPORT