Rep. Sylvia Garcia breaks down in tears at House hearing on white nationalism 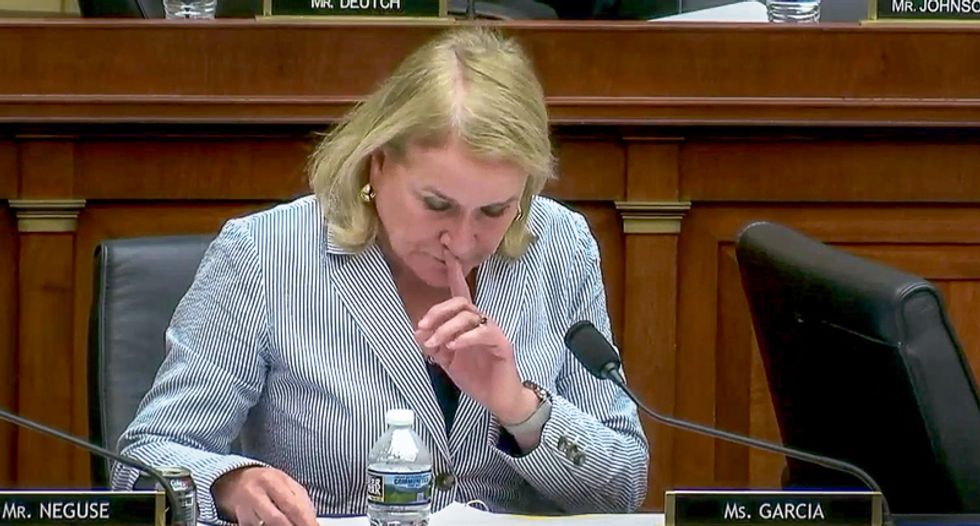 Rep. Sylvia Garcia (D-TX) became emotional on Tuesday as she spoke about the impact of hate crimes.

During a House Judiciary Committee hearing on white nationalism in the U.S., Garcia recalled the story of deceased hate crime victim David Richardson.

As she spoke about the details of the attack on Richardson, she began to sob.

"[Richardson] was targeted for being Mexican-American," Garcia explained. "His attackers, one an admitted racist skinhead, attempted to carve a Swastika on his chest. Richardson was brutally beat to a pulp, burned with cigarettes and left for dead."

Garcia noted that Richardson endured 30 surgeries before dying. Several of Garcia's colleagues touched her arm to comfort her.

Watch the speech below.