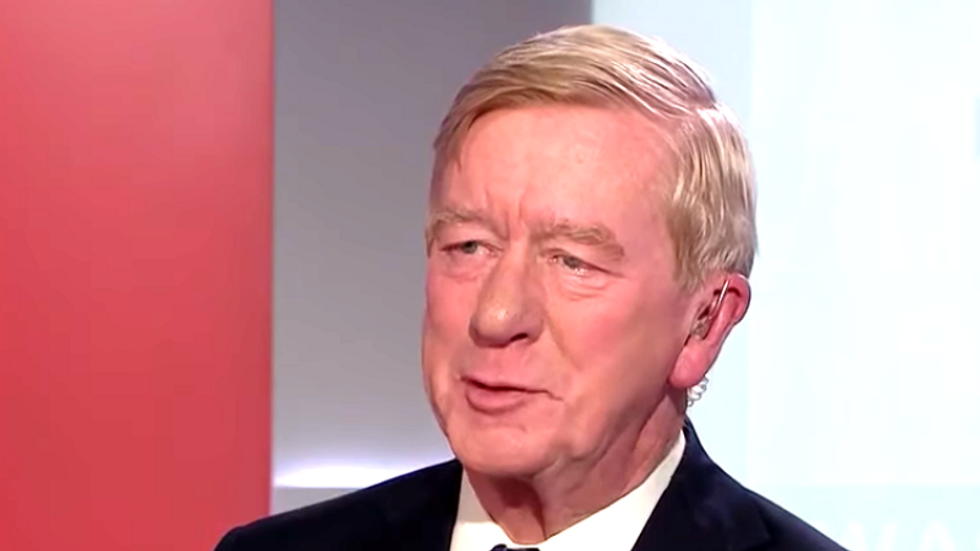 On Monday, Former Massachusetts Gov. Bill Weld (R) announced that he is running a primary campaign against President Donald Trump.

During an interview with CNN's Jake Tapper, Weld explained that he fears for the Republican Party because of the leadership of Trump.

"I really think if we have six more years of the same stuff we've had out of the White House, that would be a tragedy and I would fear for the republic. I would be ashamed of myself if I didn't run," he said.

"Do you really think you can defeat him in the primaries?" Tapper asked.

"I do. It's one vote at a time and one voter at a time. What we have now is a president who mocks the rule of law. I spent seven years in the Justice Department trying to keep the politics out of law he's trying to put it in," he said.

Adding, "A president who says, 'we don't need a free press,' who says, 'climate change is a complete hoax.' He's not paying attention. I doubt very much he has [read] a study of any of those issues. He seems to have difficulty, in my opinion, and I was a prosecutor for quite a while, he has a difficulty conforming his conduct to the requirements of law. That's a serious matter in the Oval Office."