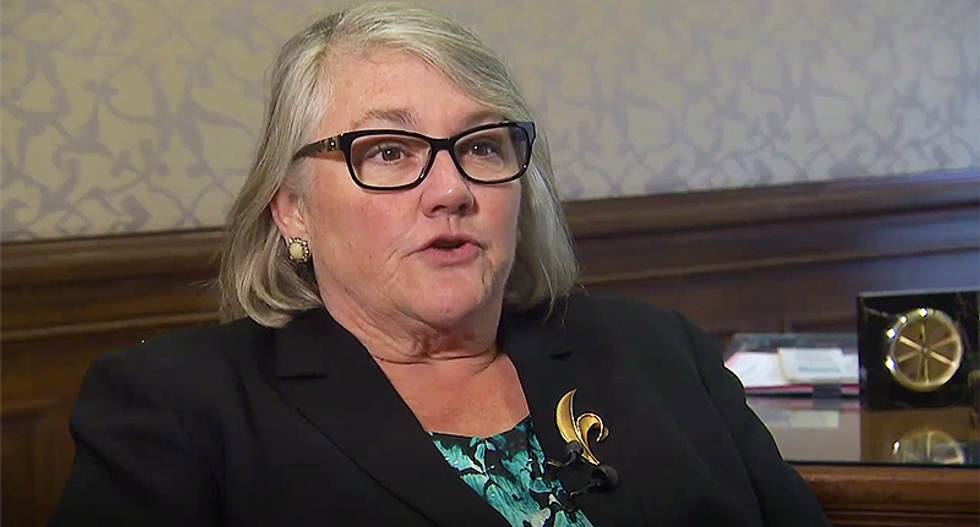 Republican state Senator Maureen Walsh, of Walla Walla, Washington, is desperately trying to make up for heartless comments she made about healthcare givers in a floor speech.

Walsh opposed a recent bill that would mandate uninterrupted lunch breaks and rest periods for hospital nurses. There is an ongoing concern that healthcare workers in hospitals are working round-the-clock shifts that put patients in danger, KOMO news reported. Walsh didn't seem to care.

“I would submit to you those nurses probably do get breaks,” she said on the floor. “They probably play cards for a considerable amount of the day."

The comments prompted an online petition demanding that she work with an actual nurse doing a 12-hour shift. More than 500,000 people signed it, forcing Walsh to admit defeat.

"I wish I could reel that comment back in," she confessed. "I certainly did not mean to imply that my nurses sit around playing cards all day. I have great respect for nurses. My mother was an RN registered nurse for many years."

She went on to say that her comments were taken out of context, but the video of the speech seems clear. She blamed it on rural hospitals, saying that taking that full hour off would generate a greater hardship.

Walsh did ultimately accept the challenge to shadow a nurse, though she didn't say when.

Watch the floor speech and an interview of her below: