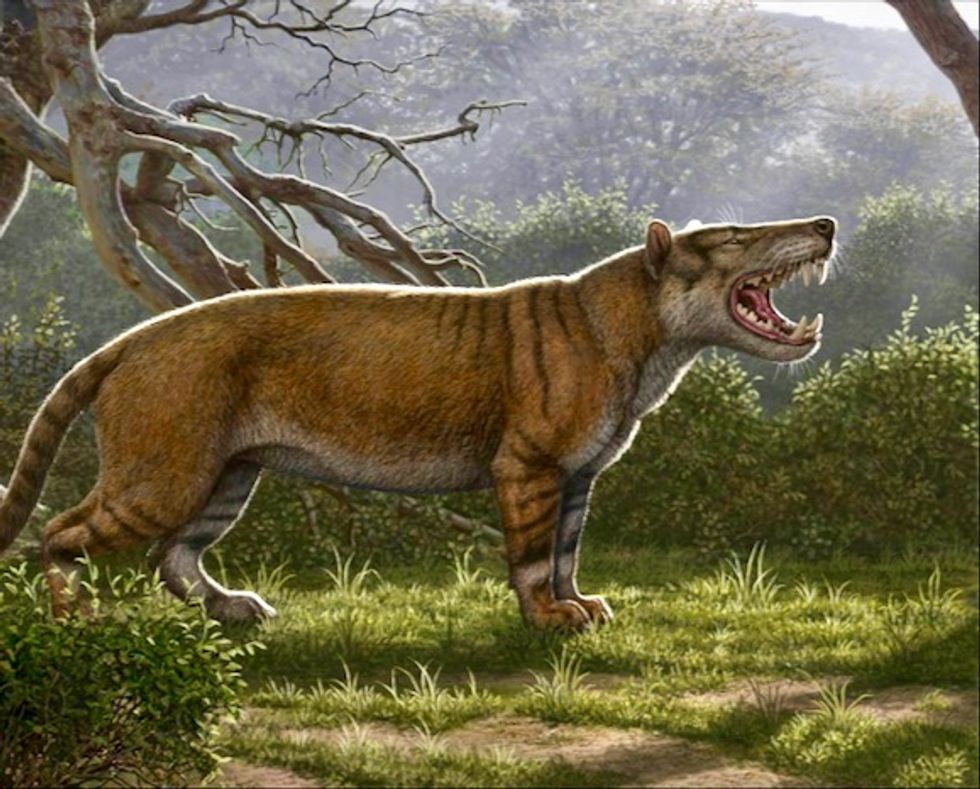 A Simbakubwa kutokaafrika, a gigantic mammalian carnivore that lived 22 million years ago in Africa and was larger than a polar bear Ohio University/AFP / Mauricio ANTON, Mauricio ANTON

A giant lion with enormous fangs that roamed the Kenyan savannah more than 20 million years ago was one of the largest ever meat-eating mammals, researchers said Thursday.

A team unearthed the lower jaw, teeth and other bones of a new species, Simbakubwa kutokaafrika -- Swahili for "big African lion".

They calculated it would have weighed up to 1,500 kilogrammes and could have preyed upon the elephant-like creatures that lived there at the time.

"Based on its massive teeth, Simbakubwa was a specialised hyper-carnivore that was significantly larger than the modern lion and possibly larger than a polar bear," said Matthew Borths, from Duke University, who co-led the research with Ohio University.

An artist's impression of the creature shows a giant big-cat-like hunter with stripey fur and enormous fangs.

The team behind the study, published in the Journal of Vertebrate Paleontology, said Simbakubwa lived in what is modern-day Kenya around 23 million years ago, a key period in the evolution of carnivorous mammals.

They said the discovery could shed light on how supersized predators and prey evolved over millions of years around the end of the Paleogene epoch -- the period where mammals grew from tiny rodents into many diverse species.