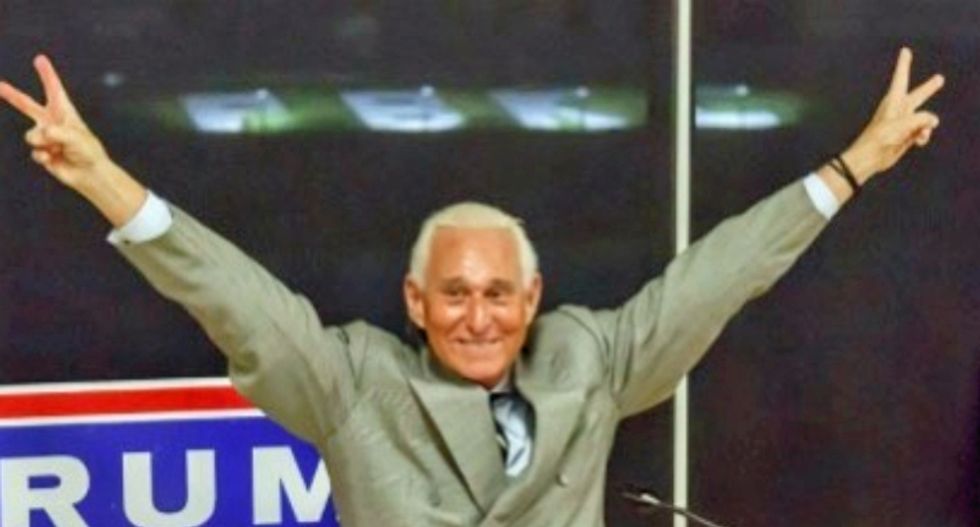 Trump confidante Roger Stone has offered a bizarre proposition in an effort to get his charges from special counsel Robert Mueller tossed out.

Politico reported that Stone, in one of his series of legal filings issued late on Friday night to get his indictment overturned, cited a law review article by now-Supreme Court Justice Brett Kavanaugh that argued impeachment over indictment to get rid of a president.

"In the article, Kavanaugh argues that any independent counsel investigating a president would inherently become politically toxic and the possible indictment of a president would be 'disabling' for the federal government," the report noted. "Kavanaugh indicates that impeachment, rather than indictment, is the method the framers of the Constitution envisioned to hold a law-breaking president accountable. Stone adopted the same view."

The GOP operative's lawyers argued claimed in their filing that "if Congress truly believes that a President has engaged in high crimes and misdemeanors, the Constitution already provides the remedy: Impeachment."

Stone also cited the unsolicited 19-page memo sent to the White House by now-Attorney General William Barr about the special counsel in another filing, the report noted.

Mueller, the Trump confidante's attorney's argued, must "prove at trial that a conspiracy existed to interfere with the 2016 presidential election and that it involved the Russian government, before Stone could be charged with obstructing an investigation into that Russian conspiracy."

ABC News reported earlier that Stone also seeks the full Mueller report in another of his filings aimed at overturning his indictments.