Sarah Sanders had many chances to ‘walk back’ her FBI lie — and she kept lying: CNN reporter 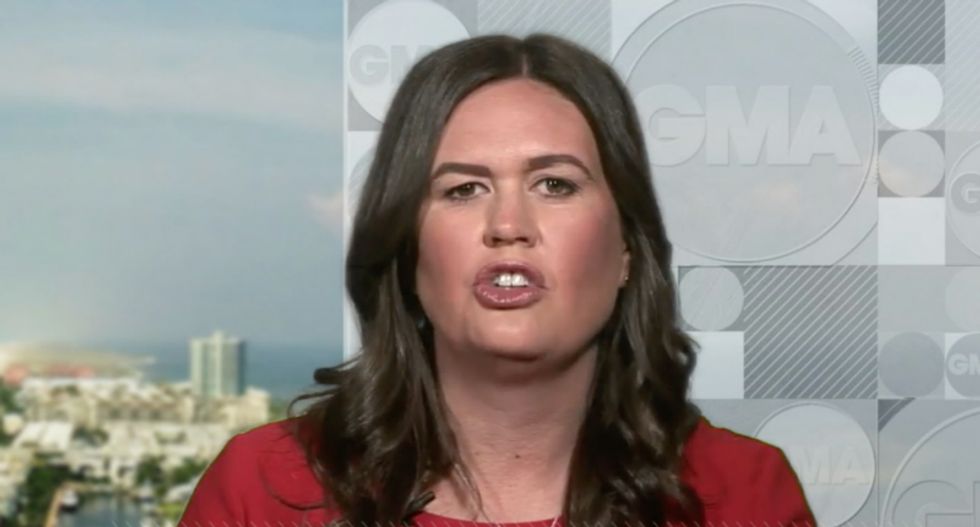 CNN's John King said on Friday he had some degree of "empathy" for White House press secretary Sarah Sanders, whose lies to the American people about the FBI now stand exposed by the Mueller report -- and was quickly shot down by reporter Kaitlan Collins, who pointed out that the press corps gave Sanders several opportunities to walk back her statement, to no avail.

"I have some empathy because of who she works for. She essentially is told to lie every day," King said, after running a clip of Sanders belligerently defending herself from her own words. "But should we -- or more importantly you at home -- I mean, how do you believe anything they say?"

"Well, that's the point," said Collins, sounding exasperated. "This is not just pitting the White House against the press corps that covers the White House. That's a taxpayer funded press secretary."

"So when she makes a comment from the podium, she says it's a slip of the tongue? She actually made it multiple times and I was there that day," Collins went on. "A reporter gave her the chance to walk it back. They said 'really, Sarah, countless people have called you from the FBI?' She said yes."

Chastened, King had to laugh. "Mueller, the former FBI director, I think made it a point to put that in the report," he cracked.