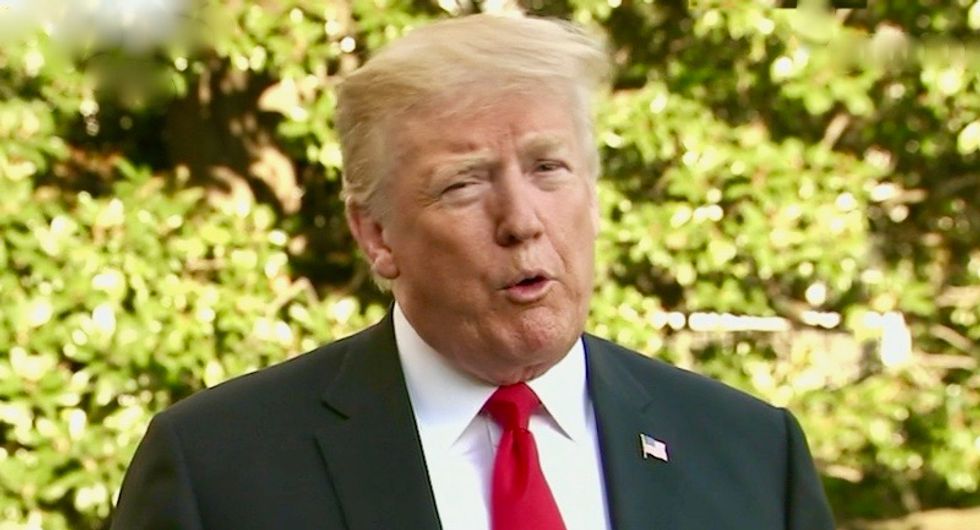 On Tuesday, an editorial in The Washington Post warned President Donald Trump about the dangers and unpopular precedent he is setting by refusing to release his tax returns.

"How does he know?" the editorial stated. "Would the White House stop the Internal Revenue Service from turning over the files? Treasury Secretary Steven Mnuchin revealed Tuesday that Treasury Department attorneys discussed the issue with White House lawyers, despite laws meant to minimize White House interference in the IRS."

"As with so many puzzling statements from administration officials, Mr. Mulvaney’s had two interpretations, one sinister and one foolish," the editorial said.

The report explained that Democrats are hoping to get Trump's tax returns based off an old law.

"The Democrats who have demanded Mr. Trump’s returns anchored their request in an obscure but powerful federal law, which commands that the treasury secretary 'shall furnish' congressional committees 'with any return or return information' upon request," the editorial said.

It explained that Trump is failing on his own promise to release his tax returns.

"Mr. Trump has been wrong to conceal his tax information from Congress and the public. Mr. Mulvaney argued Sunday that the president got elected anyway, so the issue is settled. Actually, Mr. Trump won an election in which he repeatedly promised to release his returns. He is well past due to keeping his promise," the editorial said.

"Doing so would make clear no president can duck the responsibility to be transparent, and it would save the House Ways and Means Committee from relying on an old, obscure law to make the point. This is a norm that deserves to be restored — and made mandatory," the editorial said.