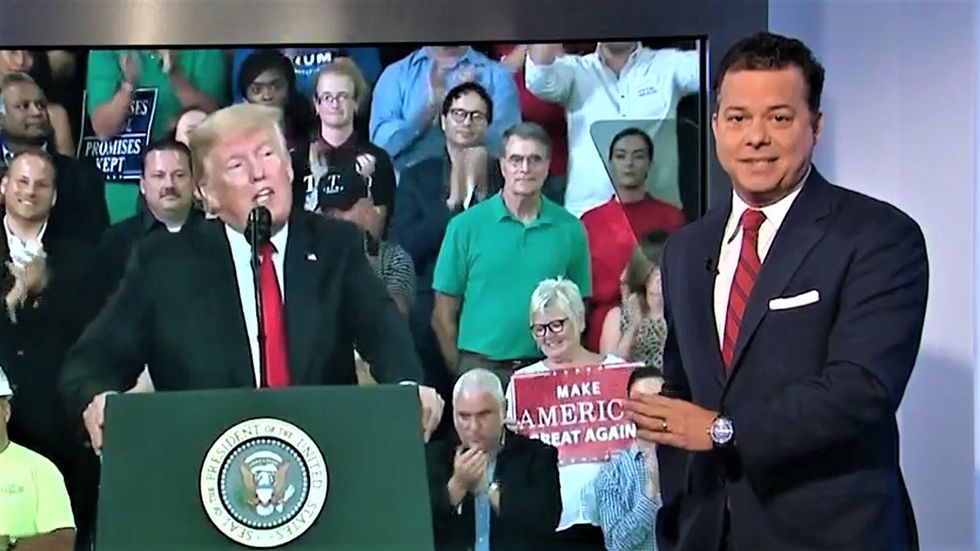 CNN's John Avlon on Tuesday went back in time to show that President Donald Trump has repeatedly lied to the American public about releasing his tax returns.

During a "Reality Check" segment, Avlon started by flashing back to 2014, when Trump said he would "absolutely" produce his tax returns if he decided to run for president. Then, in 2016, Trump insisted that he would show his tax returns -- but he said that he couldn't because he was purportedly being "audited" by the IRS.

"In fact, we counted at least 16 times that Donald Trump said he wanted to release his taxes," Avlon said. "And an audit isn't the only reason he's pumped the brakes -- he's also found a way to weaponize his returns."

Avlon illustrated this point by playing clips of Trump in 2011 saying he'd release his taxes when former President Barack Obama released his full birth certificate -- which he actually did do back in 2012.

Avlon then pivoted back to Trump's excuse that he couldn't release his taxes while under audit -- and he pointed out that "there is no legal reason that an audit would prevent him from releasing his taxes." In fact, notes Avlon, former President Richard Nixon released his taxes precisely because he was under audit and he wanted to give the American public a window into his finances.