'You seem desperate': Trump mocked for releasing 'no collusion – no obstruction' video 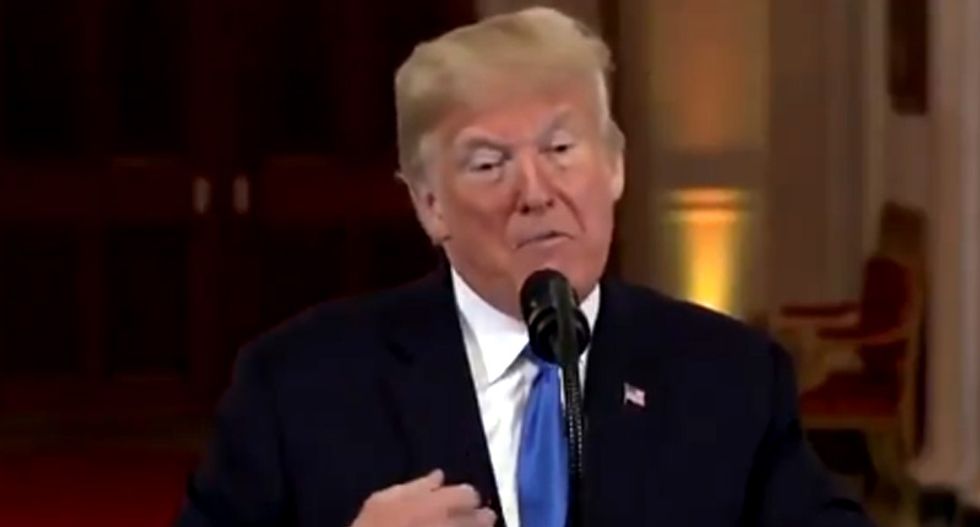 Thirty-six minutes ahead of Attorney General William Barr's press event during which he is expected to spin his version of Special Counsel Robert Mueller's report on Russia's attacks on the U.S. and any possible collusion or obstruction by President Donald Trump and his team, the President posted a video titled "No Collusion - No Obstruction!" that appeared to be a victory lap meant for post-Mueller report release.

The video, complete with a musical score, shows Trump, over and over and over, repeating "no collusion," and "no obstruction."