She served in Congress for 31 years until the day she died. These 7 Republicans refused to name a post office for her. 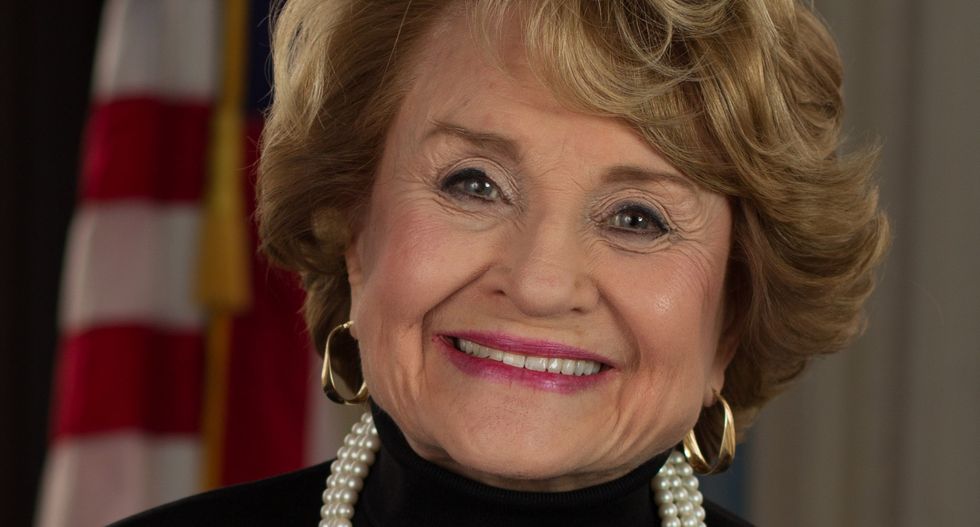 When Senate Majority Leader Mitch McConnell and President Donald Trump lie about "Democrat" obstruction they're really talking about moral imperative lines in the sand that liberals and progressives refuse to cross. We won't ban a woman's right to choose to have an abortion.

Everyone deserves health care. Climate change is real, man-made, and the greatest existential crisis of our time. Sexual abusers shouldn't be judges – or presidents. Men and women, LGBT or straight, must be treated equally in the eye of the law and by their employers.

U.S. Congresswoman Louise Slaughter, a Democrat, spent much of her life serving the people of Rochester, New York. From 1983 to 1986 she served in the New York State legislature as an Assemblywoman. And from 1987 until the day she died in March of 2018, she served as a U.S. Congresswoman.

Rep. Slaughter, with then Senator Joe Biden, were the original co-sponsors of the first Violence Against Women Act, which was signed into law in 1994. And she was the Chair of the House Rules Committee from 2007 to 2011, helping to whip up enough votes to pass the historic Affordable Care Act.

When she died at the age of 88 she had become the oldest sitting Member of Congress.

Much can be said about Congresswoman Slaughter, including that she was highly respected.

"She was the best," Speaker of the House Nancy Pelosi said at Slaughter's funeral, "with her command of the issues and the knowledge of the rules and the respect she commanded on both sides of the aisle and certainly with those who came to testify."

So it's stunning that when it came to honor Congresswoman Slaughter, seven House Republican Congressmen voted against naming a post office after her.

414 Members of Congress – 231 Democrats and 183 Republicans – came together to bestow a simple honor on a woman who served her country, and her constituents.

That was just too much for them to bear.

Here's the list of the seven Republicans – with links to their Twitter accounts – who felt naming a post office after a Democratic woman was the moral imperative line in the sand they were unwilling to cross: