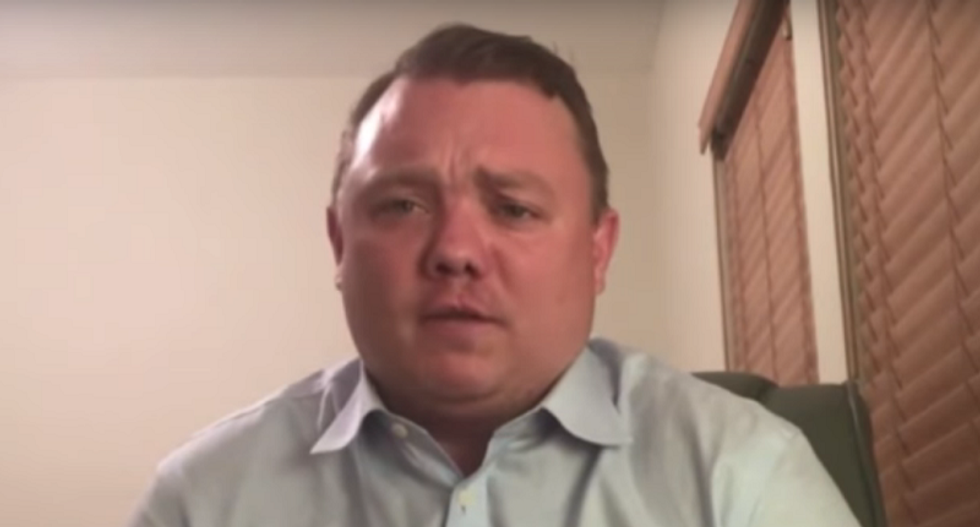 His remarks prompted an argument with MSNBC's Chris Hayes:

Undeterred, Mackowiak doubled down, and defended Trump's use of dehumanizing language for migrants:

Before long, Mackowiak was deluged in tweets from people helpfully providing him with other words he might use.

@MattMackowiak "Vast governmental over-reaction to a humanitarian crisis of its own making that it very much has th… https://t.co/vSa7yAxOMa
— Laurie Brunner (@Laurie Brunner)1554418743.0

They don't have weapons, and are not militants of any kind so fo course invasion is definitely not appropriate. I… https://t.co/nOPNZj9aHG
— Chris Hayes (@Chris Hayes)1554418615.0

Soon after, Mackowiak seemed to realize how poorly his tweet was received, as he backtracked from his seeming endorsement of Trump's words:

Let's be clear. I don't call it an infestation or call them animals. But by now we should all know that comparing a… https://t.co/iEXbRty0Lg
— Matt Mackowiak (@Matt Mackowiak)1554418742.0