Texas removes thousands of children from Medicaid each month due to red tape, records show 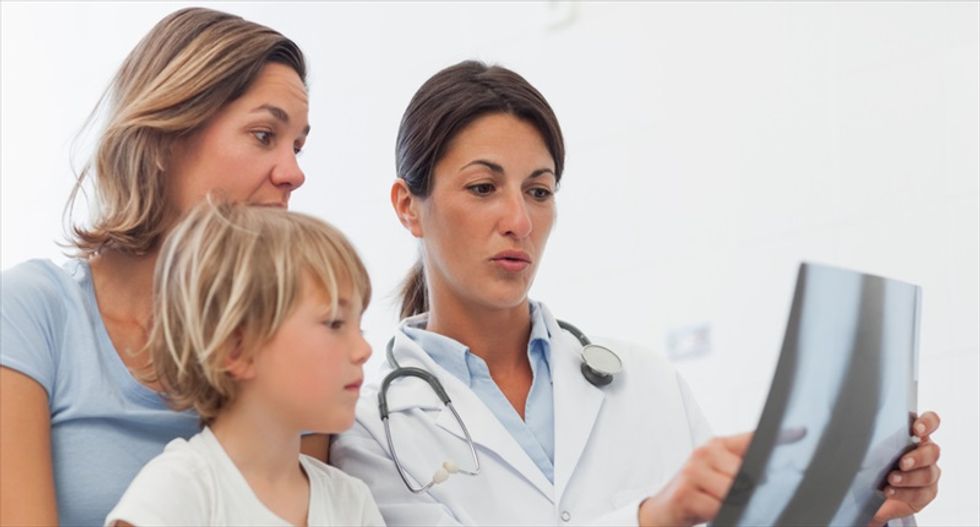 Most states check whether children on Medicaid still qualify for the program once a year. Texas checks more often, using an automated system that critics say lead to kids losing coverage even though they're still eligible.

Katherine Edmundson didn’t know her 7-year-old son was off Medicaid until she took him to the dentist for his annual cleaning in February. An employee at the front desk told her that his coverage was invalid and that her son couldn’t be seen that day.

“At that time, he was already needing to be seen,” said Edmundson, a receptionist at a public school in Edinburg. “I was going to be charged over $100 just for a cleaning and it was time for him to have X-rays done.”

After leaving the dentist with her son's teeth still in need of a cleaning, Edmundson said she went home and immediately started another Medicaid application. She said she doesn't remember receiving any notice from the state's Health and Human Service Commission that her son lost coverage and her income hadn't changed since it was last renewed. Commission spokeswoman Carrie Williams said confidentiality laws prevented her from discussing individual cases.

The struggles of parents like Edmundson are why some state legislators are calling for a change in the renewal process of children’s Medicaid in Texas.

Most states check whether children still qualify for Medicaid once a year, when it's time for them to reenroll. In Texas, the HHSC uses an automated system to detect income changes in households with children on Medicaid several times a year. That's led to thousands of kids being abruptly kicked off the program – and data shows that many of those removals were in error.

House Bill 342 aims to give all of the state's children on Medicaid continuous coverage for a year, with no income checks in the interim. Democratic State Rep. Philip Cortez of San Antonio filed the bill in November. Since then, dozens of others have publicly signed on to the bill including Republicans Sarah Davis of West University Place and J.D. Sheffield of Gatesville as joint authors. In the Texas Senate, state Sen. Judith Zaffirini of Laredo has introduced a similar bill.

The state currently conducts automated checks for income changes among families with children on Medicaid in databases maintained by the Texas Workforce Commission, the federal Office of Child Support Enforcement, the Social Security Administration and a private firm, Equifax. If any of the databases shows a family's income rising above the threshold for Medicaid, the commission sends a letter to thefamily and gives them 10 days to prove they are still eligible. Williams said that if the 10-day period has passed with no response from the household, the commission waits an additional 15 days before taking any action, such as disenrollment.

The commission started performing the eligibility checks multiple times per year in 2014. Data from HHSC shows that only 1% of households with a child in the Medicaid system were contacted in 2017 and 2018 because they didn’t pass a periodic income check. That amounts to an average of 6,471 households contacted per month. Of those contacted for follow-up, 70% of the children lost coverage. The majority, an average of 4,162 children per month, are denied due to procedural issues, such as failing to provide income verification. However, just over half regained Medicaid or CHIP coverage within 12 months, suggesting they were dropped from the program prematurely.

Cortez said he’s trying to “bring parity” between Medicaid for children and the state’s CHIP program, which performs only one income check per year. He said many of the kids that are kicked off Medicaid are not due to an eligibility issue but families getting caught up in "bureaucratic red tape."

House Human Services Committee Chairman James Frank held a hearing on HB 342 but hasn't yet allowed a committee vote on whether to send it to the full House. The Wichita Falls Republican told The Texas Tribune he’s working with Cortez and HHSC to see if the concerns raised by the bill can be resolved internally or if the Legislature needs to act. Frank said the current income check and verification process is clear and that the vast majority of families in the program don't get tripped up by it.

“There are some ways that we are looking at to try to make that more streamlined,” Frank said. “But the process itself is only going to people whose income shows that they don't qualify. If your income doesn't change, then you're never getting the letters.”

Cortez sees the issue as linked to the Texas rate of uninsured children, which was the highest in the country in 2017 at 10.7%, according to a 2018 report by the Georgetown University Center for Children and Families. The Texas rate was more than twice the national child uninsured rate of 5%.

“We're almost double the national average in terms of uninsured children,” Cortez said. “To me, that's unacceptable and that's something that Texas needs to fix immediately."

During the bill's initial hearing, Frank raised a concern that a decrease in income checks could result in children staying on Medicaid for longer than they are eligible. He said the idea of "let’s put them on and leave them on for as long as we can" is concerning as a proposed best practice for the program.

Cortez's bill is estimated to increase Medicaid's average monthly caseload by 6,053, costing the state $5.8 million through the 2021 fiscal year, according to an analysis from the state's Legislative Budget Board.

“The decision isn't to take that child off and leave them uninsured or keep them on Medicaid,” Guerra-Cardus said. “The design should actually be what's the best way to provide children coverage, uninterrupted coverage, and move them to the appropriate program at a time that maximizes children staying connected to care and minimizes gaps in coverage.”

Dr. Ben Raimer, president of the Texas Pediatric Society said he supports the bill because he's seen the current system needlessly lead to children with health problems losing coverage and taken out of school because the family can’t pay for treatment out of pocket.

While her son's Medicaid was suspended, Edmundson said she had to ask for help paying for doctor visits and medication out of pocket when her son got sick. Last week, she learned her son's coverage had been renewed.

“I’m excited to take my son to the doctor and dentist now," Edmundson said.