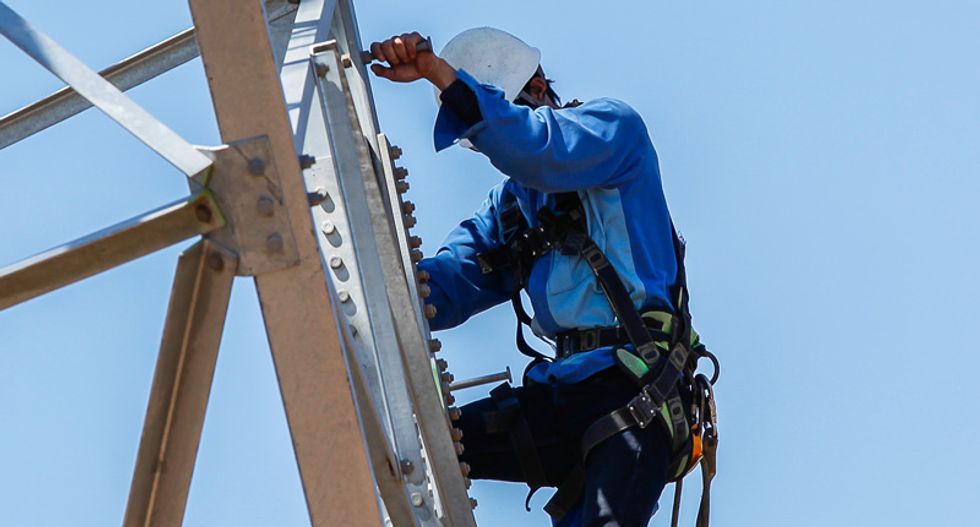 Last August, Higinio Romero was working on the roof of a condo in South Florida when he slipped and fell two stories, landing on rocks below. Emergency workers found him unconscious and bleeding from his ears. Romero — a father of two children, 4 months old and 10 years old — died about an hour later. According to a sheriff’s report, he had unclipped his safety harness shortly before the fall.

Federal safety rules aim to prevent workers from falling to their deaths, and the Occupational Safety and Health Administration (OSHA) routinely investigates and penalizes negligent employers. OSHA recently cited Romero’s employer, the Tarheel Corp., for three serious violations of fall-protection rules and sought $32,000 in penalties. An attorney for Tarheel said the company is contesting the OSHA violations.

The problem has been getting worse. The most recent data from the Bureau of Labor Statistics show that 887 workers died in falls in 2017 — the most since the agency started tracking job-related fatalities nearly three decades ago. Those deaths from falls accounted for more than 17% of all job-related fatalities that year, also a record. In construction, the rate was even higher — almost 40%.

Preventing workers from falling off roofs, scaffolds, ladders and other elevated surfaces should be simple. Public information about fall hazards is widely available, and so is equipment and training. Safety regulations are effective when followed.

But the deaths continue to mount. Last Saturday, a stagehand at a concert venue in California died after falling off a roof. Days before, a construction worker plunged 180 feet to his death in Kansas City, Mo. In mid-March, a New Jersey worker was killed in a fall at a construction site.

“It’s the number one killer,” said Scott Earnest, deputy director of construction safety and health at the National Institute for Occupational Safety and Health (NIOSH), a federal research agency focused on worker health and safety.

Experts say the construction boom following the recession is a possible factor behind the rising toll because a worker shortage in the industry has attracted more inexperienced workers to the labor force.

NIOSH and OSHA have tried to attack the problem through an aggressive public awareness campaign. Since 2012, the federal agencies and a network of industry trade groups have encouraged companies to participate in job site “stand-down” events, where employees can receive fall-safety training beyond what is already required by law. In 2018, nearly 1 million workers received this training.

From 2011 to 2015, less than one-third of construction workers were employed by firms with 10 or fewer employees. But this group accounted for over 60 percent of fall deaths in construction, according to the Center for Construction Research and Training, a nonprofit labor organization that participates in the fall-prevention campaign.

OSHA standards for fall protection vary by industry. In construction, employees must use safety equipment if they’re working 6 feet or more above either the ground or a lower floor. One option is a lifeline that tethers the worker to the structure. In most cases of injuries and deaths, such safety measures were not in use.

Researchers say that Latino workers are more likely than white workers to die in falls. According to the Bureau of Labor Statistics, in 2017 falls caused nearly 26% of job-related deaths of Latinos, compared to about 16% of white fatalities. Among foreign-born Latinos, falls were responsible for nearly one in three workplace deaths.

“Hispanic workers perform some of the most dangerous jobs in the industry,” said Luz Marin, an assistant professor at Indiana University of Pennsylvania who specializes in workplace safety. Fear of immigration authorities, as well as the language barrier, can compound the risk, making some workers less likely to report dangerous conditions. “Most of the time, they don’t know how to navigate through OSHA … or how to file a complaint,” Marin said.

Dangers for All to See

Fall-related violations that could endanger workers are so common that the average person can likely spot one by just walking around their neighborhood, said Peter Dooley, a health and safety project consultant for the National Council for Occupational Safety and Health based in Arizona.

“You can see construction workers on roofs who are one step away from being paraplegic,” Dooley said.

Four of OSHA’s 10 most frequently cited violations address issues related to fall hazards, but the enforcement corps of 2,100 inspectors for OSHA and its state counterparts are minuscule compared to the 8 million job sites they are responsible for. And even when the agency finds violations, it often struggles to hold employers accountable or correct their behavior, worker safety advocates say.

In July 2016, OSHA cited Rich Tiller, owner of a Nebraska construction firm, for a “willful” violation involving fall hazards at one of his job sites. Willful violations are the most egregious kind. In a press release, the agency said Tiller had a “callous attitude” toward worker safety, and already owed over $250,000 in unpaid penalties for a string of prior violations.

Yet in 2017, OSHA officials cited Tiller again for fall hazards and other violations.

The 2016 case dragged on for another two-and-a-half years. When it finally closed in February, Tiller ended up paying just $4,000 of the $70,000 penalty, records show. The agency also downgraded the “willful” violation to “serious.”

A Labor Department spokesman said he couldn’t comment on why Tiller’s violation was reduced because OSHA settlement conferences are confidential. It is typical for OSHA to reduce a fine after an employer agrees to invest in safety improvements. Tiller did not respond to a request for comment.

Employers Get Off Easy

The way some employers escape with a slap on the wrist is disheartening to people like Mary Vivenzi, whose partner, Kevin Noah, 42, was killed in 2002 in a 50-foot fall while working on a retrofit project on the Golden Gate Bridge. An investigation revealed that Noah had been working on a dangerously narrow platform without scaffolding.

Cal/OSHA, the federal agency’s state counterpart, sought penalties for several serious violations. But the case was thrown out on appeal on a technicality: The citation issued by Cal/OSHA misstated the legal name of the employer, Shimmick Construction Co. Inc./Obayashi Corp. As a result, the company walked away without paying a cent.

“What incentive is there for them to them to change if they’re getting away with everything?” Vivenzi said.

Shimmick did not immediately respond to a request for comment.

For workers who survive falls with serious injuries, recovery can be long and painful, and some don’t make it.

In 1999, Kevin Keane was working on the roof of a warehouse northwest of Los Angeles when he lost his balance and fell through an open skylight, crashing onto a pallet of video cassettes 40 feet below. He was injured but survived. Days later, his brother, Nolan, 18, fell through an unprotected skylight on the same roof and was killed.

As Kevin recovered, he became addicted to prescription painkillers, then heroin, according to his mother, Liz Lambrecht. He died of an overdose in 2008.

After Nolan died, the brothers’ employer, Single Ply Systems, a commercial roofing contractor, paid over $83,000 in penalties to Cal/OSHA. The company also paid several thousand dollars for Nolan’s funeral, according to Lambrecht. But she said the company could have saved the expense by putting a fraction of that money into safety. Single Ply did not immediately respond to a request for comment.

“An $8 piece of plywood would have solved the whole problem,” Lambrecht said. “It just boggles my mind.”

This story was produced by FairWarning (www.fairwarning.org), a nonprofit news organization based in Southern California that focuses on public health, consumer and environmental issues. Eli Wolfe can be reached at eli.wolfe@fairwarning.org
Report typos and corrections to: corrections@rawstory.com.