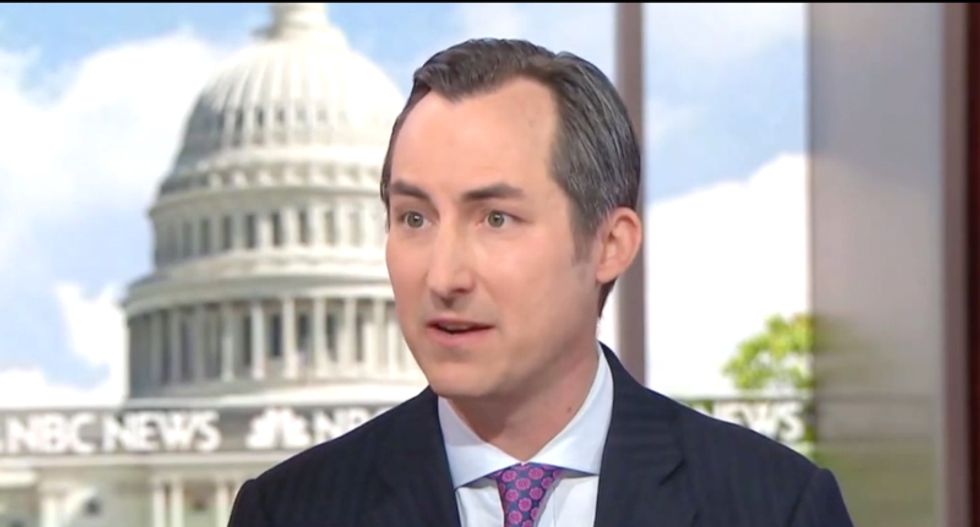 Former Justice Department spokesman Matt Miller told MSNBC on Tuesday that White House staff was authorized to speak with special counsel Robert Mueller -- and that if President Donald Trump is angry about that, he must have expected them to "lie on his behalf."

"The obstruction piece is where I think you would see the least amount of redactions," Miller said. "A number of White House staffers went in and gave voluntary interviews, they turned over documents voluntarily. The grand jury wasn't used to gather any of that information, meaning there shouldn't be any redactions."

"The strange thing about this report, that people in the White House are worried that the president will be angry or retaliate against White House staffers that went and did these interview -- the White House authorized the staff to do that," Miller went on.

"If the president is mad now, it raises the alternative that what he expected staff to go in and do is lie for him," he continued. "Because otherwise if they went in and told the truth, you can't be angry about the information that they shared now."

"It raises the question that what the president really expected them to do was go in, do this interview and lie on his behalf," he repeated. "Obviously that's an untenable position for a White House staffer that wants to have a career and wants to not go to jail at the end of this investigation."