Trump goes off script at opioid summit: 'I know about rigging the system because I had the system rigged on me' 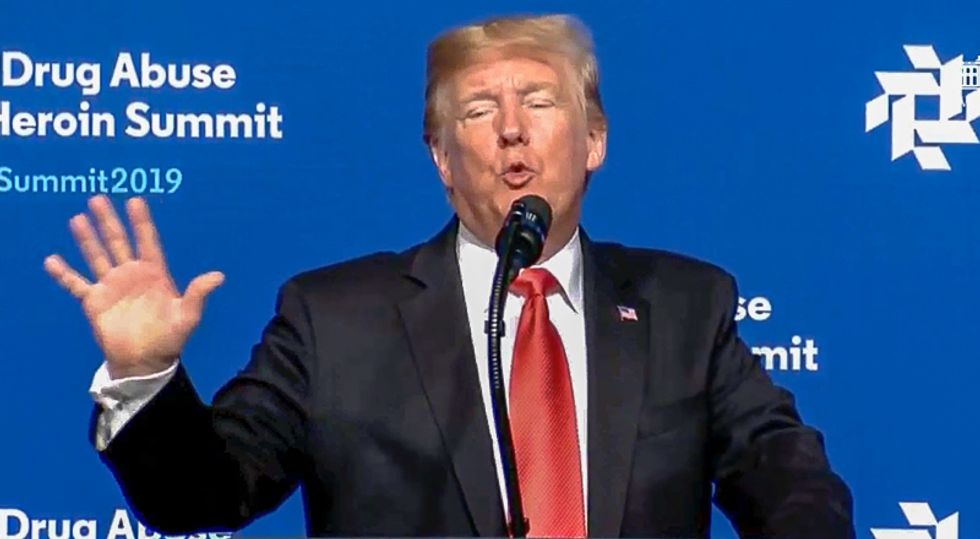 President Donald Trump alleged on Wednesday that the U.S. justice system had been "rigged" against him.

While speaking at an event on opioid abuse, the president argued that pharmaceutical companies are giving European countries better prices than they give U.S. customers.

Trump vowed to stop the practice and called his promise "a big deal."

"At long last we're stopping drug companies in foreign countries from rigging the system," Trump said before straying from his prepared remarks.

"I know all about the rigging of the system because I had the system rigged on me," the president said, likely referring to special counsel Robert Mueller's Russia investigation.

"I think you know what I'm talking about," Trump added. "Unfortunately, that will be your soundbite tonight but that's okay. The system was rigged!"