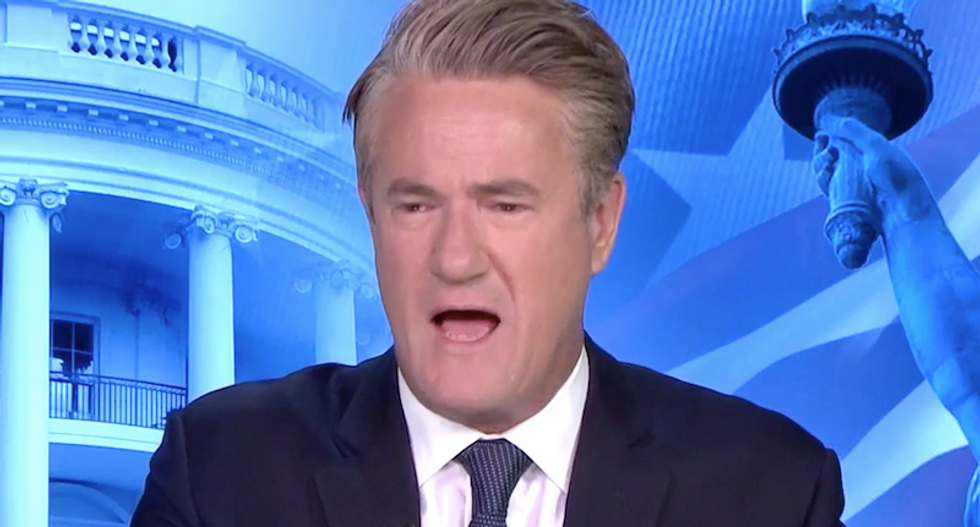 MSNBC host Joe Scarborough lashed out at President Donald Trump for his Twitter attack on Rep. Ilhan Omar (D-MN), saying his tweet was "sick" in light of his own response to the 9/11 attack on New York City.

Taking to Twitter on Saturday morning,  the Morning Joe host seemed genuinely outraged by the Trump tweet that remains pinned to the top of the president's Twitter page.

Much like fellow MSNBC host Joy Reid, Scarborough referred to Trump's comments on 9/11 when he boasted that his building became the tallest in Manhattan as the World Trade Towers were collapsing and "Americans were dying."

"Donald Trump is SO offended by Rep Omar’s general description of 9/11, and yet, as the towers were falling and Americans dying, his instant response was not one of horror or sadness, but of pride. He bragged that the attack had made his building the tallest in downtown NYC. #SICK , " he wrote.