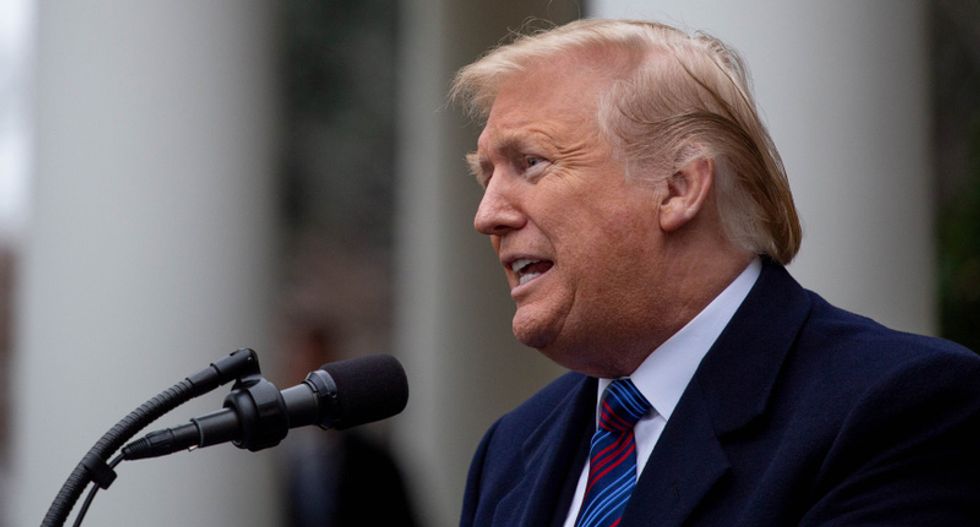 On Friday, a report in The Washington Post explained how Trump's decision to delay nominating key positions have cause White House aides to "scramble" and feel like everything is "unpredictable."

Trump is delaying his decision to nominate acting defense secretary Patrick Shanahan to the job permanently until an ethics probe is completed.

This is "raising the possibility of an extended period of uncertainty at the highest levels of the U.S. military," the report said.

"Two White House officials said that, barring any damning conclusions, the president was likely to nominate Shanahan after the Pentagon’s inspector general concludes its investigation into allegations that the former Boeing executive may have improperly sought to influence decisions affecting his longtime employer. The officials spoke on the condition of anonymity to discuss personnel decisions," the report said.

Aides have warned Trump against delaying the nomination, saying it might cause trouble in the future.

"White House officials said aides have warned the president that it would be difficult to win Senate confirmation while the investigation is ongoing," the report said.

Adding, "The investigation has injected a new element of unpredictability into an already uncertain outlook at the Pentagon, where officials are scrambling to prepare for heightened competition with China and Russia while seeking to manage polarizing orders such as the use of military funds to build Trump’s border wall."