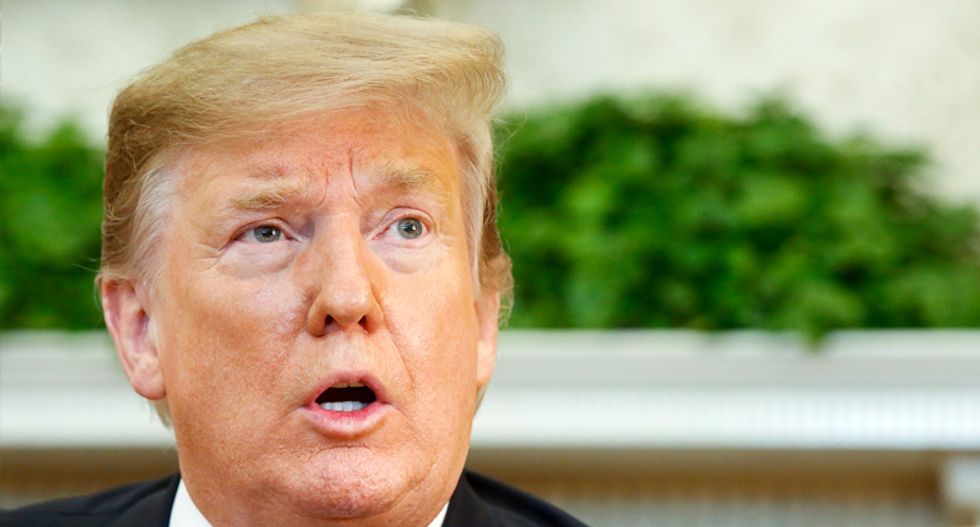 Former Homeland Security Secretary Kirstjen Nielsen was told not to talk to Trump about Russian hacking for 2020 because it offended his ego.

"I believe that Donald Trump is looking forward to 2020. I mean he can read the poll numbers. He's not doing well. His negatives are very, very powerful. And if the Democrats don't self-destruct, which they are perfectly capable of doing, he's going to be out of office in early 2021," Peters said on the Wednesday night show.

He added, "If he doesn't win re-election, there's not just a new president, Anderson, there's a new attorney general, there's a new secretary of the treasury, a new director of the IRS, perhaps a new director of the FBI. And once he is out of office, the senators can't help him, even if the Republicans maintain the majority in the Senate. He's going to be in the hands of the courts."

"So I really believe that Donald Trump is stonewalling on taking effective measures to prevent our electoral system because he wants Russian help. He'd take Chinese help. He'd take help from Albanian folk singers. He is desperate to win. By the way, if he doesn't win in 2020, you're going to see the ugliest departure from the White House in American history," Peters told Cooper.