Trump is putting himself in even more legal jeopardy by retaliating against witnesses: Ex-Nixon lawyer 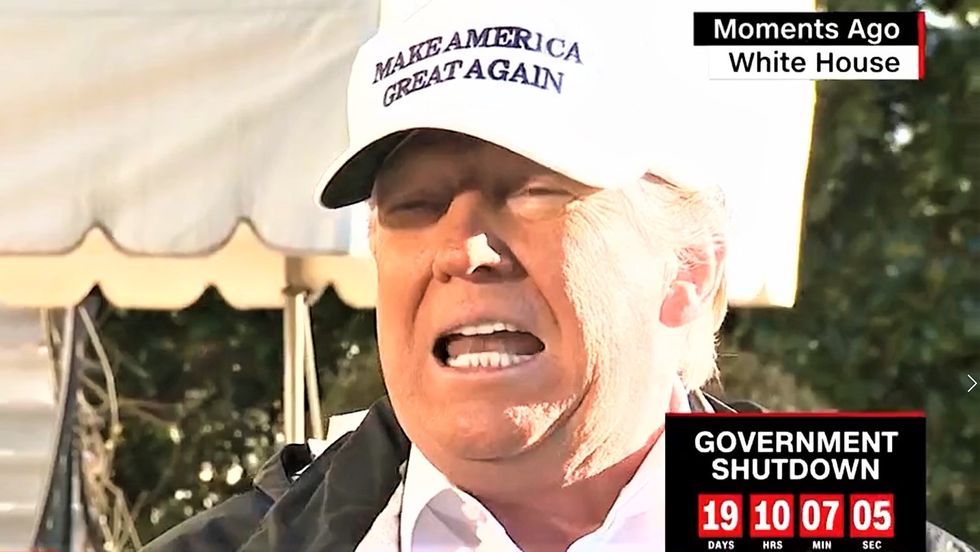 Special counsel Robert Mueller's report on Russian interference in the 2016 presidential election revealed that President Donald Trump repeatedly tried to obstruct his investigation -- and now the president could be putting himself in even greater legal jeopardy by retaliating against witnesses in the probe.

William Jeffress, a top defense lawyer who represented President Richard Nixon after he stepped down from the presidency, tells Politico that Trump's post-Mueller strategy of seeking revenge against people who cooperated with the probe seems "risky" and could put him in further legal jeopardy.

"I find it surprising because he’s taking these shots at witnesses who gave information to Mueller, and I think he’s got to be careful because there’s an explicit federal statute punishing retaliation against witnesses," he said.

Trump so far has publicly attacked former White House counsel Don McGahn over his testimony in the Mueller probe, and he has also tried to intimidate former "fixer" Michael Cohen by suggesting that his father-in-law should be prosecuted for crimes.

Rep. Jamie Raskin (D-MD) tells Politico that Trump's actions aren't any less damning if he's committing them in broad daylight instead of just behind closed doors.

"A bank robbery is just as much a robbery if everyone sees it, as if nobody sees it," he says. "From our perspective, the Mueller report just sets the table for an analysis of what’s been taking place."