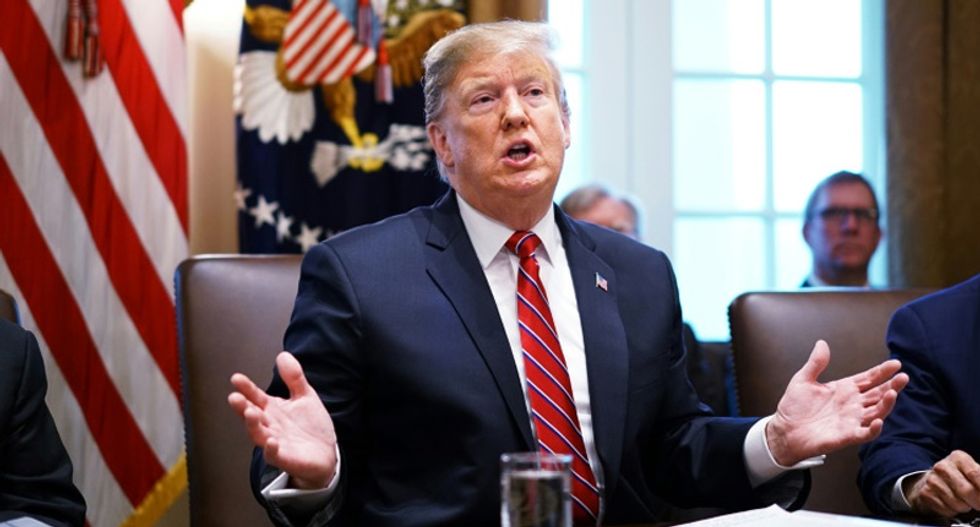 According to a report from The Washington Post, Trump spent a portion of the meeting complaining about his follower count.

"A significant portion of the meeting focused on Trump’s concerns that Twitter quietly, and deliberately, had removed some of his followers, according to a person with direct knowledge of the conversation who requested anonymity because it was private. Trump said he had heard from fellow conservatives who had lost followers as well," the report said.

This isn't the first time Trump has complained or exaggerated about the size of something. He was relentless in going after reporter Graydon Carter who called Trump a "short-fingered vulgarian.” Trump reportedly became obsessed with sending him photos of his hands to prove they were larger.

The same happened when Trump's inauguration crowd was smaller than former President Barack Obama. Trump ordered press secretary Sean Spice to proclaim it as the largest inauguration crowd ever, "period!" Spicer, who was never very good at lying from the press podium, said "both in person and online," to get away with the claim. The live-streaming technology wasn't as readily available for the Obama inauguration as it was for Trump's.