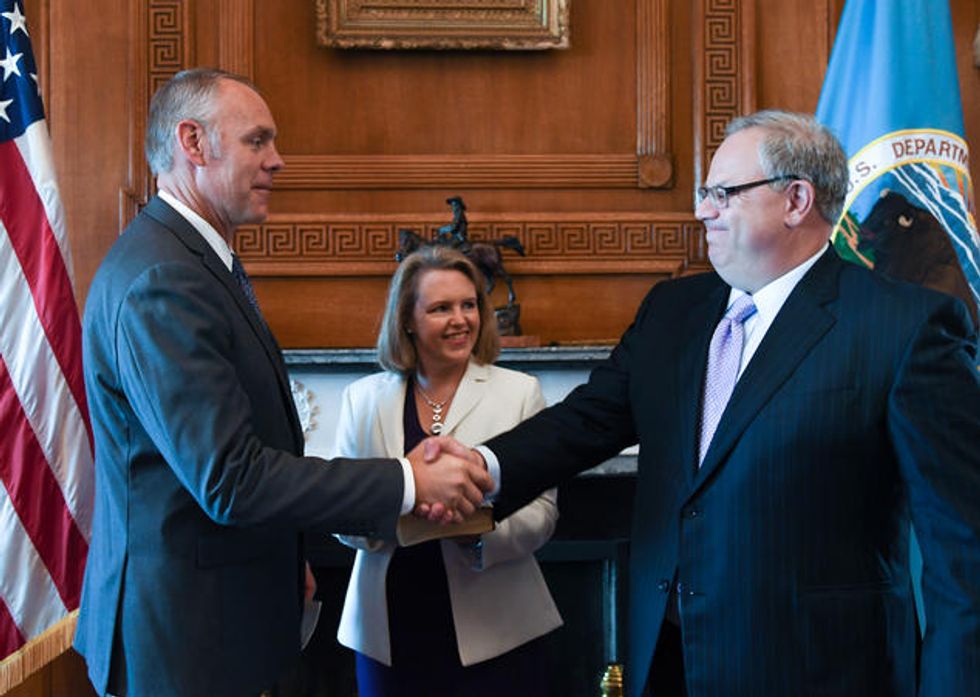 Less than a week after President Donald Trump's new Interior Secretary David Bernhardt was confirmed by the Senate, the agency's inspector general has opened an investigation into him, according to The New York Times.

Bernhardt, a former agricultural and oil lobbyist who served as deputy secretary under his predecessor Ryan Zinke, is the subject of complaints from eight Democratic senators and four ethics watchdog organizations.

Some of the allegations include that he improperly advanced a policy requested by a former lobbying client; that he kept doing lobbying work even after he deregistered as a lobbyist; and that he buried a report suggesting that the pesticide chlorpyrifos could pose a harm to endangered species.

Deputy Inspector General Mary Kendall has stated that the office will investigate "a wide assortment of complainants alleging various conflicts of interest and other violations" by Bernhardt.

Bernhardt became acting secretary following the resignation of Zinke, who was himself facing 18 different federal investigations into his alleged acts of retaliation, and abuse of power and taxpayer money.