Is Uncle Joe Biden really ready to apologize for Biden being Biden? 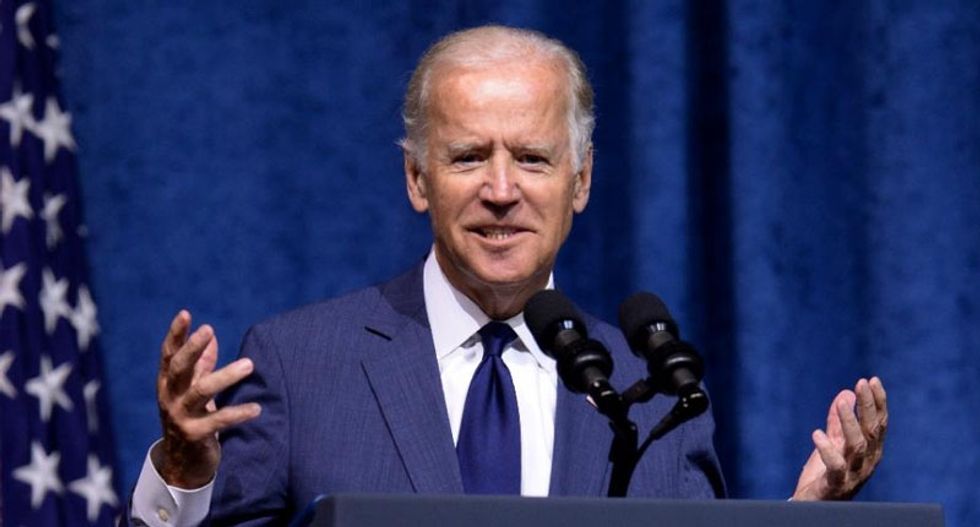 The question now being hotly debated in Democratic circles is whether Uncle Joe Biden is too creepy — or, at minimum, too handsy — to run for president.

What’s beyond debate is that this can’t be the way Biden had hoped to launch what would be his third run at the presidency, which may shut down before it can even begin.

Biden obviously knew this issue would emerge. He has been extremely public about his handsiness, after all. He must not have known, though, that two women would come forward before he had even entered the race to accuse him of what is being called “inappropriate touching.” If it were only that.

For years, it has just been Biden being Biden — a genuine family man who’s, uh, just a little tactile, as his defenders put it. But in the #MeToo era, Is that good enough? The touching, in one case, allegedly involves smelling the woman’s hair before kissing her head, and, in another, of uninvited nose rubbing. When the question is whether to believe the women — particularly given the chance for political mischief in a presidential race — it’s hard not to believe them. I mean, who would possibly invent a nose-rubbing incident?

The basis for Biden’s appeal — and he’s leading in all the early polls — is that he’s the charming, roguish elder statesman, the one who can, despite his longstanding tendency to gaffe, unify the party, bring back the white working-class vote and thereby rid the country of the reprobate residing in the White House.

You can argue — as many, in fact, are arguing — that Biden, 76, is an avuncular, old-line, big-hearted, empathetic Irish pol who slaps backs, rubs shoulders and offers big hugs the way politicians did back in the day. And that, in any case, he is an equal opportunity embracer, hugging any and all he meets, male or female, regardless of race, creed, age and political persuasion.

All that may be true. The problem for Biden is that the argument kind of falls apart when you add in hair sniffing and nose rubbing, which I’ve never seen any pol, old or otherwise, engage in. It may not be sexual harassment — in fact, neither woman has accused him of that — but it is, well, weird.

So, is Biden — who most agree is a good and decent person who has admirably handled far more than his share of personal tragedy — a harmless flirt or, in the #MeToo era, is there no longer any such thing as harmless flirt? However you answer that question, I don’t think it’s the one that matters.

One glance in the direction of the confessed pussy grabber in the White House tells us that hair smelling is probably not disqualifying for the job. But Biden’s best card to play in countering Trump is his common decency in a contest where he would be the easy winner. So, the question for Biden is why, so late in his long career, he still didn’t have any idea that uninvited nose rubbing would be, well, off-putting. And just as important, why would Biden, even now, think that a semi-apology (while not exactly admitting anything) would do — saying only that he’s sorry if anyone was made to feel uncomfortable because that was never his intent.

Lucy Flores, then a Nevada legislator who was running for lieutenant governor, claimed that back in 2014 Biden put his hands on her shoulders, inhaled her hair and then gave her a long kiss on the head. “My brain couldn’t process what was happening,” she said. “I was embarrassed. I was shocked. I was confused.”

Biden’s response, in part: “In my many years on the campaign trail and in public life, I have offered countless handshakes, hugs, expressions of affection, support, and comfort. And not once — never — did I believe I acted inappropriately. If it is suggested I did so, I will listen respectfully. But it was never my intention.”

As Nancy Pelosi — who is close to Biden and whose grandchildren, she said, love him — put it: “To say, ‘I’m sorry you were offended’ is not an apology. It’s ‘I’m sorry I invaded your space.’ She added that “what’s important is how they receive it and not necessarily how you intended it.”

The second person to allege space invasion was Amy Lappos, who described to the Hartford Courant what she said was a 2009 encounter with Biden: “It wasn’t sexual, but he did grab me by the head. He put his hand around my neck and pulled me in to rub noses with me. When he was pulling me in, I thought he was going to kiss me on the mouth.”

In a later statement, Lappos said, “Referring to this type of behavior as ‘simply affection’ or ‘grandpa-like’ or ‘friendly’ is ridiculously dismissive and part of the problem. Saying ‘But Trump….’ is dangerous and sets the bar for [D]emocratic men far below where it should be.”

Biden has been in politics, as he would say, literally forever. He first won election to the U.S. Senate at age 29. He first ran for president in — wait for it — 1988. He has had an interesting career, to put it mildly. A lot of stands that he took over time — on abortion, on credit cards, on the Iraq war — don’t play well in 2019. But in 1994, he put forward the Violence Against Women Act. And while serving as Barack Obama’s vice president, he pushed Obama into saying he endorsed same-sex marriage. He has evolved, as good politicians do.

But he’s probably most vulnerable for his role in the 1991 Clarence Thomas Supreme Court confirmation hearings, which he chaired, and the hours of hostile questioning of Anita Hill, who had accused Thomas of sexual harassment. That became a story again when Christine Blasey Ford was testifying in the Brett Kavanaugh confirmation hearing.

Worse for Biden, Hill says that Biden has never actually apologized to her. She told Elle magazine that “It’s become sort of a running joke in the household when someone rings the doorbell and we’re not expecting company. ‘Oh,’ we say, ‘is that Joe Biden coming to apologize?’”

And this is where Biden finds himself as he decides, finally, whether to run in 2020. It’s one thing to have to apologize. It’s another to be the candidate leading the polls who begins his presidential run while on apology tour for not having apologized well enough.