'Useless' Sarah Sanders should be ignored by the press because she's 'just going to lie': media analyst 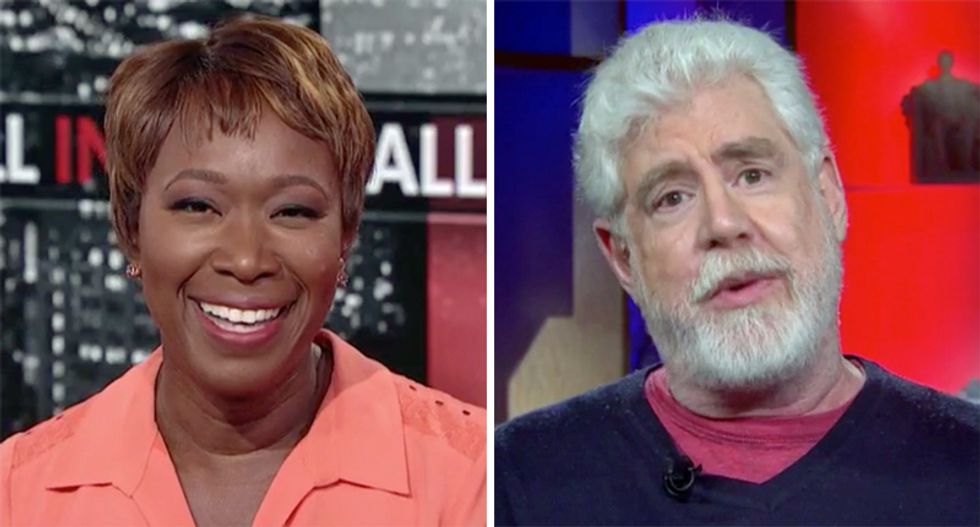 Press analyst Bob Garfield explained on MSNBC on Friday why he would not invite White House press secretary Sarah Huckabee Sanders for an interview on his show.

Garfield, the co-host of WNYC's "On the Media," was interviewed on MSNBC by anchor Joy Reid.

"Among the revelations in the Mueller report was the portion in which Sarah Huckabee Sanders, the White House press secretary, admitted to investigators that she lied to the American people," Reid reported. "The incident in question came after the firing of James Comey."

"Now, a press secretary lying to the public in order to make the boss's decision seem more popular than it was maybe textbook propaganda, but it's not exactly illegal," she noted. "Lying to special counsel, however, that's a felony."

"So when Sarah Sanders was asked about the lie that she told at the podium by Robert Mueller's team, she didn't take any chances, she admitted to investigators that her comments were not founded on anything," Reid explained.

"What does it mean in the bigger picture when you cannot rely on anything that is being said from that podium?" Reid asked Garfield. "Isn't that a problem and a crisis in confidence in general for the public?"

"The fact is that we are in unusual times," Garfield noted. "We are facing a presidential administration of unprecedented depravity and Sarah Sanders is not the disease, she is a symptom of this wasting disease and just a mouthpiece for depravity."

"She is not there to serve the interests of the public, she is there as a political operative to spin and lie and change the subject and deflect from the literally thousands of other lies and all sorts of ghastly behavior we have seen under this administration," he explained.

"What should the press do?" Reid asked. "There is an ongoing debate you mostly see on social media of whether or not the press should show up to press conferences by these people or invite them on their shows to be interviewed. What do you think?

"I would never have her on my program," Garfield replied.

"It's useless," he added. "There is no point of being there, it's just a charade."