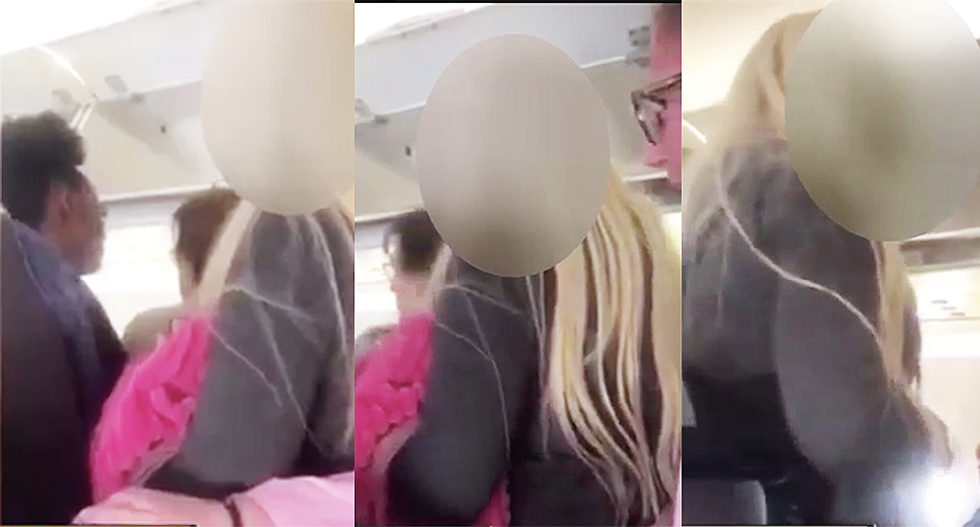 A Spirit Airlines passenger appeared to lose it during a Las Vegas flight.

According to KTNV, the woman appeared to be angry that the person in front of her wasn't moving out of the way fast enough to deplane.

"As we landed, we were deboarding, but they hadn't opened the doors yet, and she was getting very angry - she was trying to walk against the flow of traffic,” said Courtney Potter, who filmed the incident on her phone.

It began with shouting, she said, and that's when Potter began filming.

"You're a weirdo!" the woman can be heard shouting.

“She had pushed an older woman in front of us, and then, the lady that was sitting next to me said, 'Hey, stop this. You can't do that,'" Potter said. That's when the irate woman spit on the person who chided her.

KTNV cited psychologist Aaron Williams, who cautioned that "a lot of people" walk around with a "fuse that's ready to explode at any time."

Spirit Airlines hasn't determined who the passenger is yet, but the airline said the woman will be barred from flying on their planes in the future.