WATCH: Fox host freaks out and shouts at a black liberal over the thought that rich people should pay more taxes 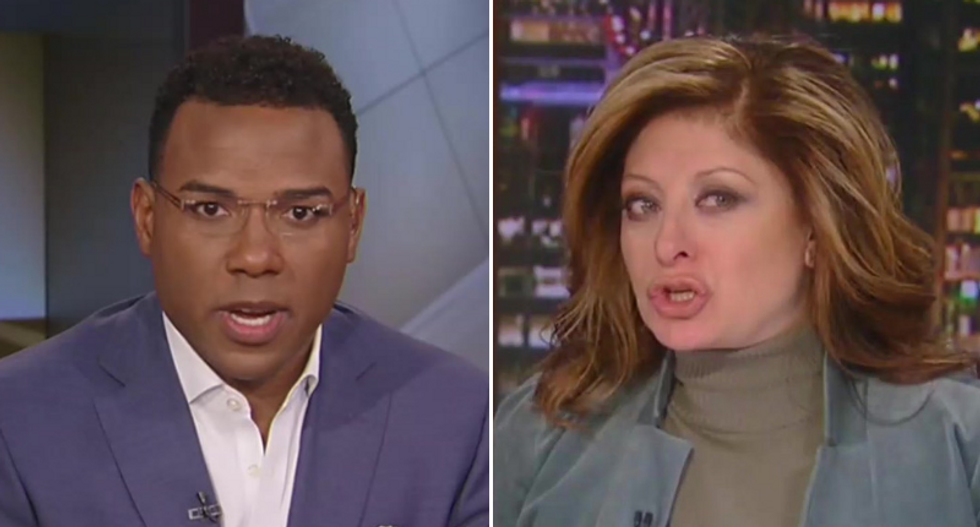 The meltdown began after GOP strategist John Thomas mused that it's a "problem" that Bernie Sanders is now a millionaire thanks to book sales because it flies in the face of his "fundamental brand promise" that "millionaires and billionaires are evil capitalists."

Liberal Fox contributor Richard Fowler countered Thomas by noting that Sanders does not "hate" the wealthy or think they're evil, but rather believes that "everybody should pay their fair share."

A shouting Bartimoro pushed back.

"Who’s not paying their fair share?!” the host yelled. “Just tell me who’s not paying—this is really—this is such a talking point that bothers me!”

"Maria, we've had this conversation before," Fowler countered. "We almost agree on this point."

The liberal activist noted that "people who only make their income on capital gains without paying [as much in taxes] as a secretary would," such as "real estate investors and hedge fund managers" should indeed pay more.

Bartimoro took issue with the conflation of the taxes secretaries pay versus those that the aforementioned millionaires make.

"Now you’re putting apples together with oranges," she said, saying that middle-class people like secretaries are taxed on the basis of their incomes while people like Warren Buffet are not taxed on their capital gains.

"One is capital gains, one is income," the host added.

The GOP strategist attempted to explain why capital gains are important to the economy and Fowler noted that he's not against their existence, but rather thinks "we should level the playing field."

"It is level!" Bartimoro exclaimed — and the discussion devolved further from there.