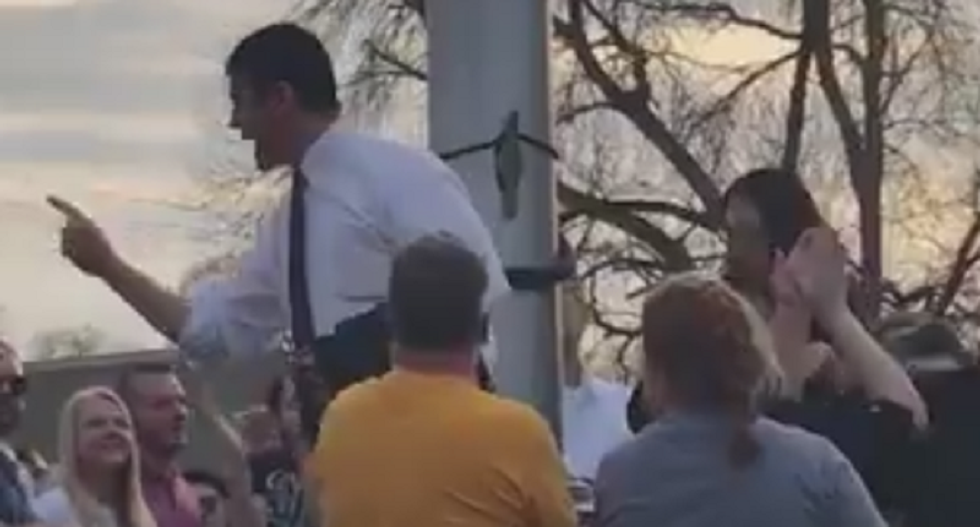 At a rally in Des Moines, Iowa on Tuesday, South Bend Mayor Pete Buttigieg, a rising star presidential candidate, was interrupted by an anti-LGBTQ heckler.

"Remember Sodom and Gomorrah!" the heckler shouted, a reference to ancient Biblical people who, among other things, engaged in homosexuality and rape, and were struck down by God.

The crowd was having none of it. They drowned him out as one, yelling, "Pete! Pete! Pete!"

This was not the only incident at the rally. Another heckler who was escorted from the event was Randall Terry, a religious activist who founded the extremist anti-abortion group Operation Rescue, which is sometimes been likened to a terrorist group.