WATCH: Unhinged racist woman harasses kids ‘just for being black and outside’ — then drops her pants 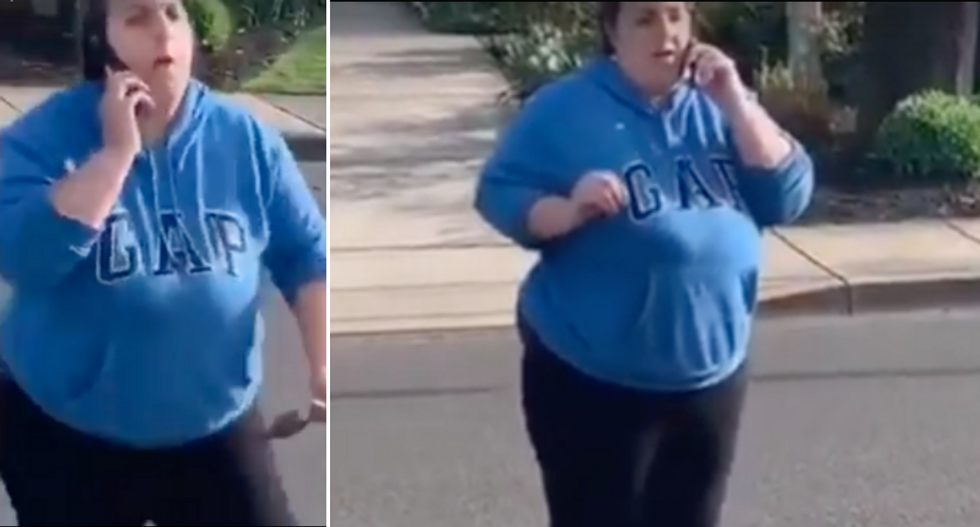 Springfield, Oregon woman Jessica Hollinger shouting at a family of color and calling the police on them. Image via screengrab.

An Oregon woman was filmed harassing black children on Easter for no apparent reason — and then pulled her pants down to taunt them.

Eugene, OR's KEZI reported that according to the mother of the children targeted, Jessica and Kevin Hollinger were walking down the road in the town of Springfield shouting racial slurs when the Matthews family heard them.

According to Rashonda Matthews, who also posted videos of the altercation to Facebook, Hollinger got in her face and repeated the slur "multiple times."

Police added that the woman came onto the family's property and "chest-bumped" one of their members, and as the video shows, Matthews asked Hollinger to leave — a request that apparently prompted the white woman to pull her pants down and moon the family.

"It's a sad world we live in y'all," Matthews wrote on Facebook. "On Easter with our kids out playing we were called the N word, just for being black and outside I guess."

According to the report, police found a knife on Kevin Hollinger but Matthews' younger brother Rahtavian said he didn't see the man pull it out during the fight.