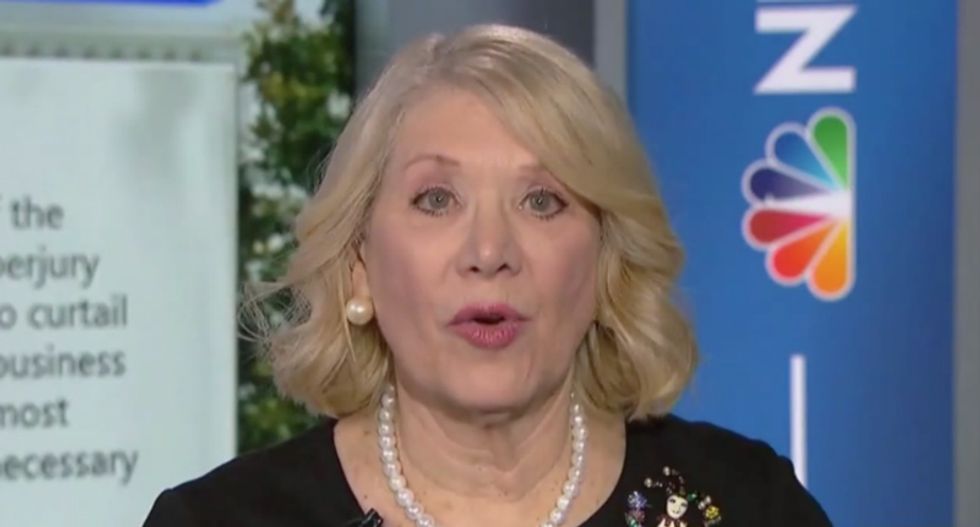 This week, House Committee Chairs requested Trump's tax documents from the IRS and filed a "friendly subpoena" for financial information from Chase Bank. After former Trump "fixer" Michael Cohen alleged the president has a long history of bank fraud, Congressional leaders began looking into whether the accusations were factual.

"The state and the southern district of New York have authority over many of the businesses that the Trump Organization runs," Wine-Banks explained. "And they have a right to look into whether they have been operating appropriately. You don't just pick a defendant to look at. There is public evidence that would make anybody want to investigate whether there's truth to the accusations."

She explained that if the allegations are correct that the American people deserve to know and the justice system must pursue them.

"So I think it could take a while, but I also want to just reflect on how quickly we were able to subpoena tapes and get a Supreme Court decision affirming our right to those tapes," she said of past investigations. "It can be done on a fast-track and doesn't have to take a long time to get to the Supreme Court to have a unanimous ruling that the president is not above the law and that the president must comply."