Watergate's Bob Woodward: Trump is too stupid to have organized a conspiracy with Russia 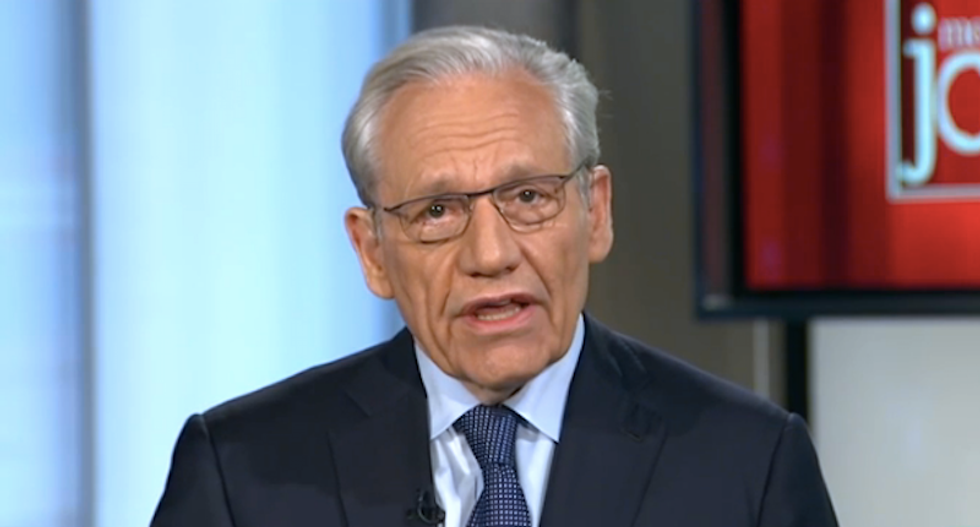 On Friday, Axios reported that legendary Watergate reporter Bob Woodward is considering writing a second book on President Donald Trump — and that he was driven to do so, in part, because he is disturbed by how disorganized and out of his depth the president is as leader of the free world.

Woodward even went so far as to imply that special counsel Robert Mueller was probably right not to implicate Trump criminally — because he is too incompetent to have intentionally masterminded a scheme with Russia.

"It's a governing crisis. He doesn't know how to govern," Woodward told Axios. "People who work with Trump say: You can't even organize your own government. How could you possibly organize a conspiracy with Russia? ... He doesn't even have a to-do list, as best I can tell."

Woodward's previous book on the Trump presidency, "FEAR," documented the chaos and squabbling in the early days of the administration. It is being re-released in paperback soon.

Mueller's report suggested that while there was not enough evidence to prove beyond a reasonable doubt that Trump or anyone's in his campaign officially arranged a criminal conspiracy with Russia to interfere in the 2016 election, it contains a trove of evidence that Russian officials offered their help to Trump's team in numerous ways, and that they were aware and receptive of it.