How a world-renowned cellist used Bach to blast Trump 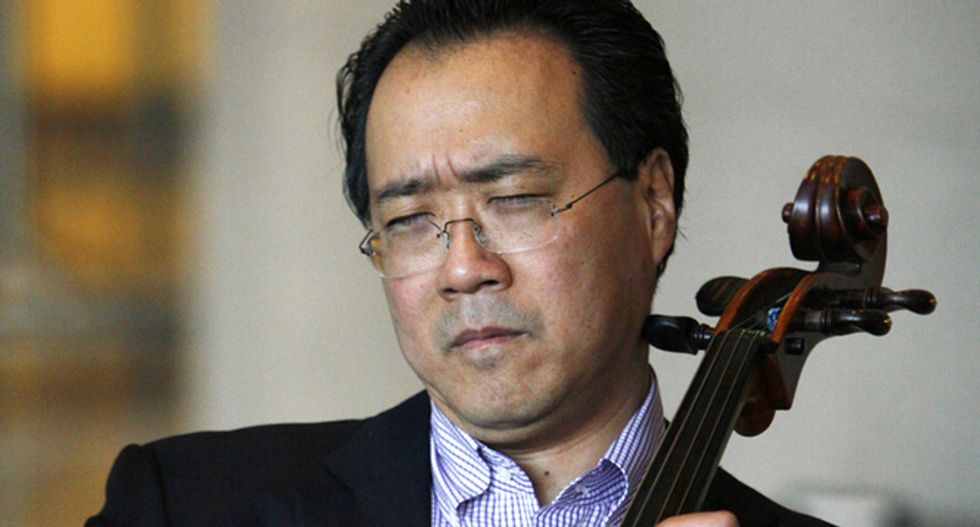 In a rebuke to the Trump administration's cruel immigration policies and rhetoric, world-renowned cellist Yo-Yo Ma gave a performance at the U.S.-Mexico border on Saturday, where he praised culture's ability to "build bridges, not walls."

With the international bridge connecting the two countries visible behind him, the audience in Laredo, Texas heard the musician play an excerpt of Johann Sebastian Bach's cello suites. An audience in the sister city of Nuevo Laredo was treated to a performance as well shortly after.

Ma also read from Emma Lazarus's poem on the Statue of Liberty:

Give me your tired, your poor,

Send these, the homeless, tempest-tost to me,

I lift my lamp beside the golden door!

"We must live by those words," he said.

Taking direct aim at President Trump's recent rhetoric, Ma said, "A country is not a hotel and it's not 'full.'"

"I've lived my life at the borders—between cultures, between disciplines, between musics, between generations," he said.

The performance was part of The Bach Project, his two-year effort to bring the composer's suites for cello to 36 locations around the world, with performances alongside days of action to harness culture as a unifying force.

"The Bach Project," the website for the initiative explains, "explores and celebrates all the ways that culture makes us stronger as individuals, as communities, as a society, and as a planet."

The border performance was embraced by many on social media:

Could there be a more glorious subtweet of the racist freakshow in the White House than Yo-Yo Ma playing Bach at th… https://t.co/gykqgf2sNU
— Steve Silberman (@Steve Silberman) 1555206999.0