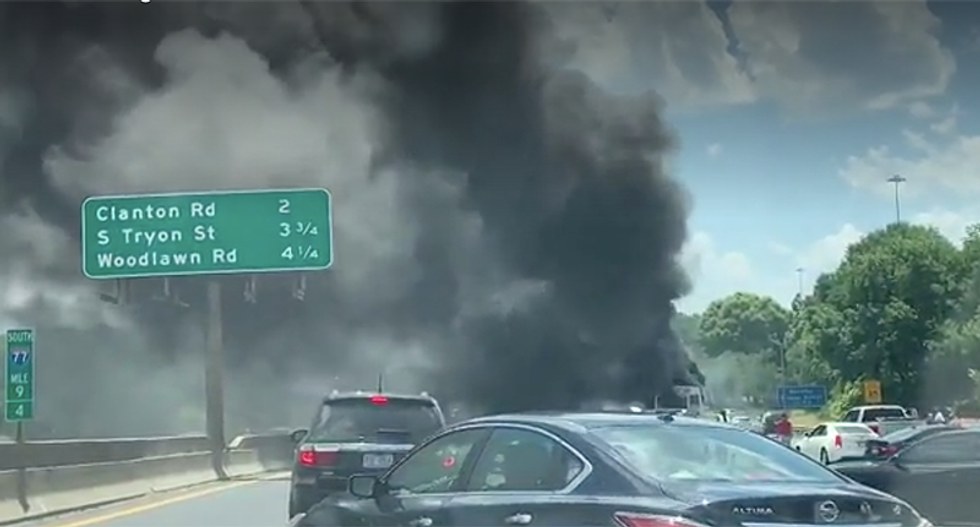 A church bus hit the side of a bridge in North Carolina Sunday, sparking a huge fire.

WPXI reported that one person was killed and four others were hospitalized with injuries though only one was in serious condition.

But the one who didn't make it was an 82-year-old elderly woman. Reports don't reveal what happened and why the woman was unable to get to safety.

The bus belonged to Victory Christian Center in Charlotte.

Watch the horrifying video below: