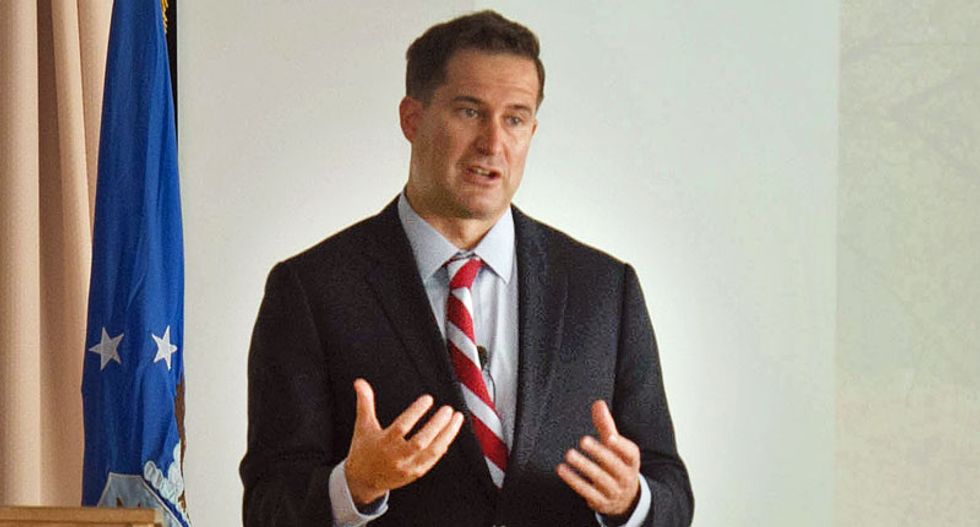 In an unprecedented step for a presidential candidate from either major party, Rep. Seth Moulton (D-MA) revealed on Tuesday in an interview with Politico that he has been treated for post-traumatic stress disorder while proposing a new mental health policy.

Moulton, who has served as a Marine, explained that he had had “some particular experiences or regrets from the war that I just thought about every day, and occasionally I’d have bad dreams or wake up in a cold sweat.”

He still continues to see a therapist once a month, he said.

As Politico noted, it’s essentially unprecedented for a presidential candidate to talk openly about their history of having mental health treatment. When Sen. Thomas Eagleton was running in 1972 as George McGovern’s vice presidential candidate, it was uncovered that he had been treated for depression, treatment that included hospitalization and electroconvulsive therapy. Eagleton was forced to resign.

The stigma around discussing mental health conditions and treatment permeates society far beyond the reaches of presidential politics. Moulton’s openness about his mental health could help fight that stigma, though he currently has a relatively low profile in the crowded Democratic field.

The public discussion of his own mental health was directly tied to an interesting new policy proposal. He is proposing that the government bolster mental health treatment to active-duty service members, adding annual check-ups and mandatory counseling for members returning home. He also wants to provide funding for every high schooler to have a mental health screening each year. While the policy is clearly in its early stages — Politico noted that the campaign doesn’t even have any proposed text for a bill — it could spur further discussion of mental health in the primary, which is one of the most glaring omissions from the general public policy discourse in the United States.

“This is admirable and courageous of Moulton,” said Susan Hennessey, the executive editor of Lawfare. “Each person who speaks out reduces the stigma for others.”