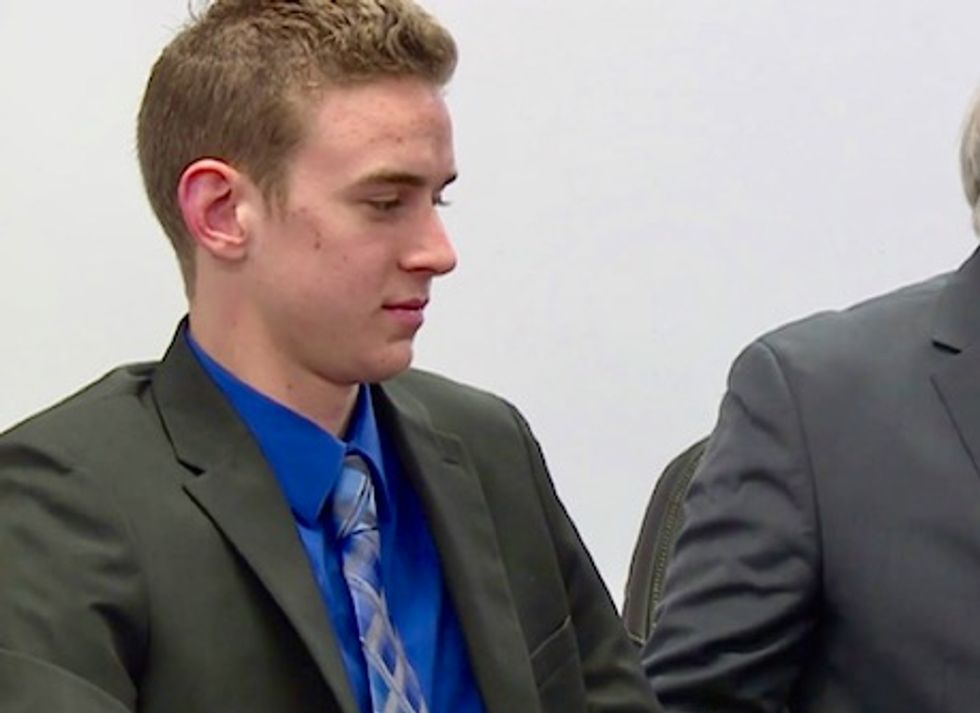 A Kentucky teen who sued the Northern Kentucky health department for religious discrimination for banning him from his private Catholic high school amid an outbreak of chickenpox has just contracted chickenpox.

Jerome Kunkel, 18, a student at Our Lady of the Sacred Heart Assumption Academy, said he has deeply-held beliefs against being inoculated with the chickenpox vaccine, NBC News reports. He sued the health department in March, and lost.

"The fact that I can't finish my senior year in basketball, like, our last couple of games, it's pretty devastating," Kunkel said at the time.

“I don't believe in that vaccine at all and they are trying to push it on us,” Kunkel's father, Bill Kunkel said. He noted the vaccine was created from the tissue of two aborted fetuses.

"As Christians we're against abortion," he added.

He also bragged that as children, "we used to go to chickenpox parties."

Chickenpox parties have been called dangerous by experts.

In mid-March Our Lady of the Sacred Heart Assumption Academy had 32 documented cases of chickenpox, a highly-contagious disease which can cause brain swelling and even death.

"These are deeply held religious beliefs, they're sincerely held beliefs," Kunkel's family attorney Christopher Wiest said. "From their perspective, they always recognized they were running the risk of getting it, and they were OK with it."

Wiest did not mention that by getting chickenpox Kunkel could then spread it. He did, however, call the health dept.'s ban "stupid."