Atheists use these 10 ways to prove there is no God 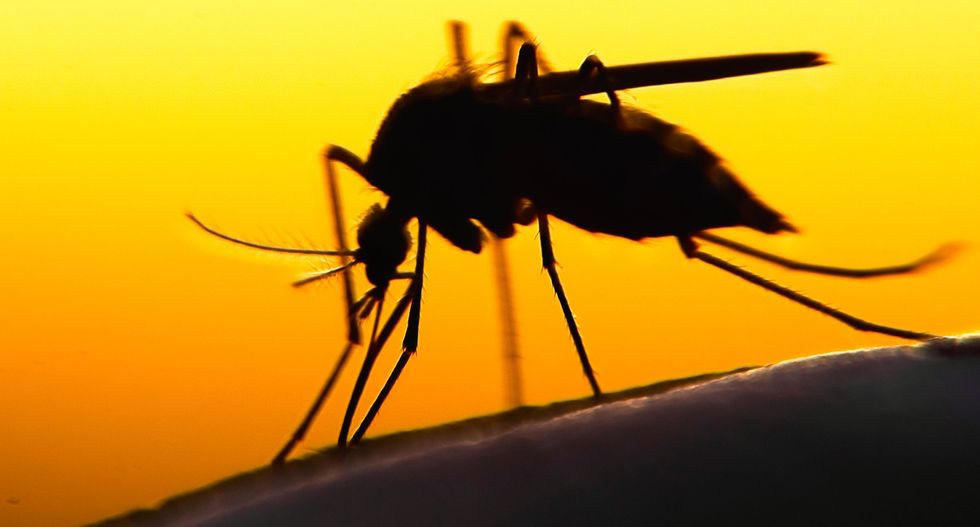 Philosophers and theologians have been quarreling for centuries over a handful of abstract arguments –ontological, cosmological, teleological, experiential . . .– that some insist either prove or disprove the existence of God. Obviously, they don’t prove either, or the argument would be over. Mind you, I do think it’s over. The scholars have had their noses so deep in their books that they didn’t notice the obvious.

1. Mosquitos. Let me get it straight.  The world – in fact the whole universe—is fine tuned so that humans, the pinnacle of creation can live here on Earth and spend our time joyously praising God.  Oh, and there are mosquitos, but they didn’t evolve.  They are part of the perfect plan.  Huh.

Migraine headaches are about as useful as mosquitos, and they hurt worse.  As many as ten percent of school kids get migraines; mine started right around the time I learned to talk—barf-in-the-bathtub headaches, not the rare-but-benign flashing lights and visual distortions that make you think you’re on good drugs.  Any god who created migraines would be a sadist.

3. Nudibranchs.  Nudibranchs are the coolest creatures on the planet.  Why would a loving God put them where no-one could see them for the first ten or twenty or thirty thousand years of human history?

4. Prayer.  My mother prays for rain in Scottsdale when the tortoises start dying of thirst in the desert –and lo and behold my basement floods in Seattle.  (Rain dances don’t work so well either.  I tried them a number of times when I was a kid. Got dust storms.)  What does that tell you? Is the rain god helpless, or mean, or non-existent? Ok, my apologies. That forced choice sounds a little too much like the tired old trilemma that some Christians use to defend Jesus: was he an a. lunatic, b. liar, or c. Lord? It’s possible that Jesus was a legend or a reformist rabbi; and it’s possible that the god of rain is simply geographically challenged, or ignorant rather than mean, or that he exists on alternate Thursdays, even though cognitive scientist Pascal Boyer says my brain structure won’t let me believe this.

5. Babies without brains.  Some people think that believers without hearts—like, say Catholic bishops who cover up for pedophile priests– are reason to doubt that there is a god. But I think there’s some wiggle room in terms of who’s at fault in those heartless pedophilia cases.  On the other hand – anencephalic babies that are born with literally no brains–  babies that are physically incapable of becoming persons–no wiggle whatsoever.

6. Bad marketing.  If you were God, would you let Pat Robertson, Fred Phelps, or Anjem Choudary speak for you.  Would God really be less marketing savvy than Coca Cola?

7. Endometriosis.  According to the Bible, God retooled women’s reproductive tracts after Eve ate the apple.  The idea was that we would want sex and get pregnant, and then having babies would hurt like hell.  If the story were true, mightn’t you think God would have gotten the design right?  Why have some of us bleed every month like sacrificial goats and then not get pregnant so we can actually live out Eve’s curse?

8. The Ten Commandments.  How neither set of Ten Commandments in the Bible (here and here) says, “Wash your hands after you go to the bathroom.”  Or “Don’t have sex with anyone who doesn’t want you to.”  Epic fail.  Imagine if wash your hands had replaced, say, “Thou shalt not make unto thee any graven image, or any likeness of anything that is in heaven above, or that is in the earth beneath, or that is in the water under the earth [like nudibranchs].” Just think how many lives could have been saved! Or how about that non-PC commandment about not coveting your neighbor’s ox or ass or wife or other valuable stuff.  Really? Really? Implicit endorsement of wife as chattel?  Some people say that the Ten Commandments are just evidence against the Jewish or Christian God.  But would any omnipotent, omnibenevolent extant deity have let them stand unedited for 3000 years?

9. Stars.  There are way, way too many of them and they are way too far away.  Efficiency is part of good design.  If God designed the universe for us, seems like he could have simply put a firmament above the earth, with little holes where the waters above the firmament could come through, and where angels could lower down lights– say a greater light to rule the day and a lesser light to rule the night.  It would be kinda like the Truman Show.  Who needs deep space?

10. Chocolate.  If there was a God, would chocolate make you fat? I rest my case.