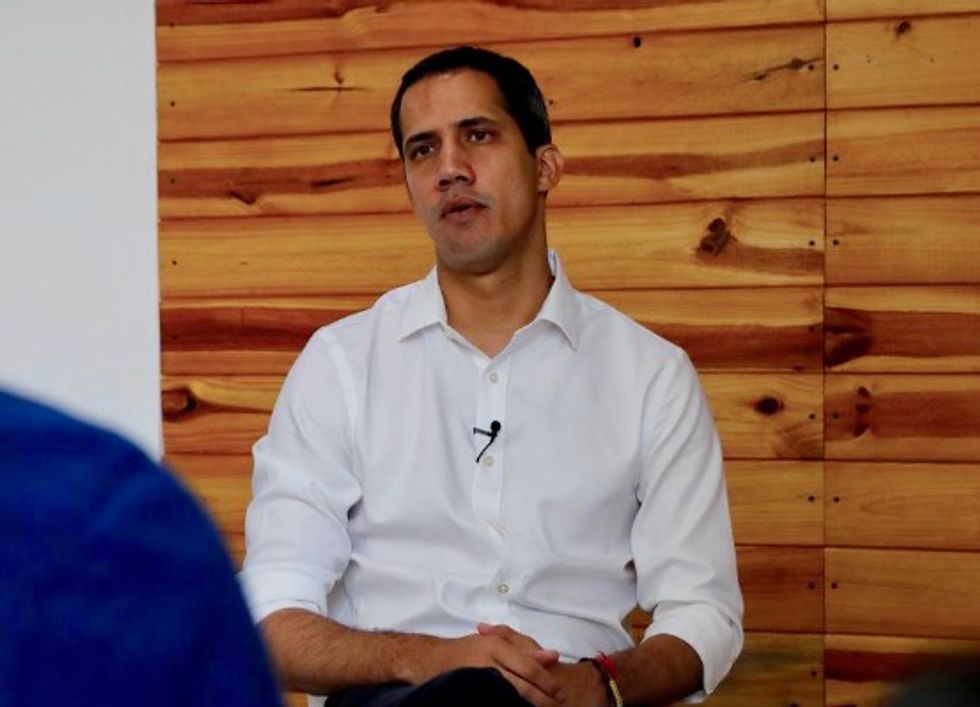 Venezuelan opposition leader Juan Guaido, who many nations have recognized as the country's rightful interim ruler, speaks during an interview with Reuters in Caracas, Venezuela March 22, 2019. REUTERS/Carlos Jasso

Venezuelan opposition leader Juan Guaido said Monday that backers who had pledged support for his abortive uprising last week had "failed to follow through" to dislodge President Nicolas Maduro.

"There were people who failed to follow through," Guaido told AFP in an interview in Caracas, adding that "it doesn't mean that they won't do it soon."

Guaido, recognized as interim president by more than 50 countries, said it was "obvious today, there is widespread discontent from which the armed forces aren't immune."

"There have been discussions... with civil and military officials," he said.

"We are very close to achieving change in Venezuela," he said.

National Assembly head Guaido, 35, has branded Maduro a usurper over his controversial re-election last year, and in January declared himself acting president, plunging Venezuela into a political crisis that deepened its already grave economic woes.

But Maduro has held firm, bolstered by the continued support of the powerful armed forces.

Maduro was getting "weaker and weaker" after years of protests against his regime, Guaido said, painting a picture of a leader surrounded by the last vestige of support in his Miraflores presidential palace.

The socialist president was "in a bunker with a main security ring composed of Cubans and a second ring made up of soldiers from the Casa Militar," Guaido said, referring to Venezuela's elite presidential protection corps.

"He no longer trusts even in his high command, he doesn't even have any trust in his environment."

Guaido rejected suggestions that his opposition movement was flatlining, after a call for mass demonstrations on Saturday was answered by hundreds rather than the anticipated thousands on the streets of Caracas.

"On Saturday, I think the protest was fulfilled. A key goal for us was to redirect it towards non-violence," he said.