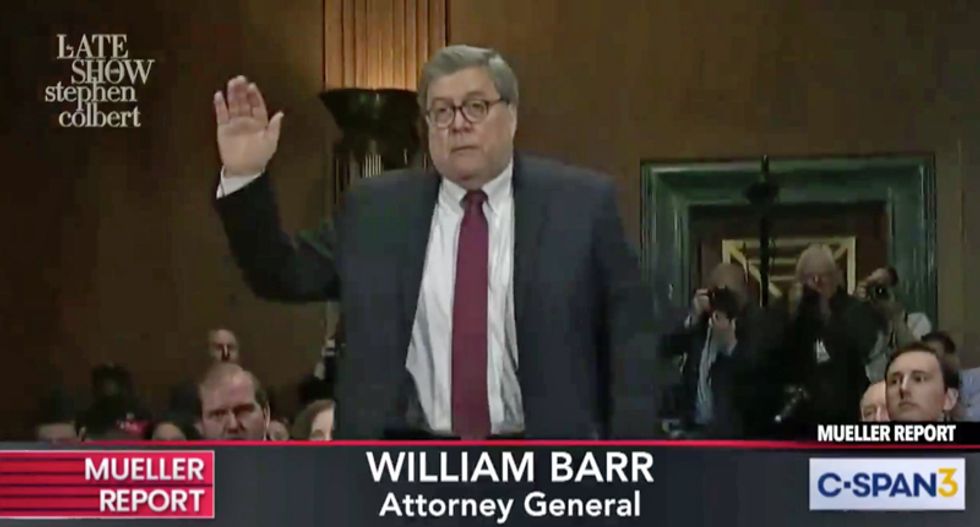 CNN's John King said Thursday that if Attorney General Bill Barr's testimony to the Senate was an attempt to protect President Donald Trump, it had backfired badly, only strengthening the "public case" for Robert Mueller to testify before Congress.

King opened with footage of Barr telling Senator Pat Leahy (D-VT) that special counsel Robert Mueller "never sought" more than Trump's written responses, and then turned back to the panel for a fact check.

"This is what the Mueller report says, and this is what the attorney general is allegedly testifying about, the actual Mueller report," King said, and began reading from the report. "'This office sought for more than a year to interview the president on topics relevant to both Russian interference and obstruction of justice. Recognizing that the president would not be interviewed voluntarily we considered whether to have a subpoena for his testimony."

"Apples and Oranges, A and Z," he concluded. "This is why Democrats say we can’t trust what you're telling us."

The question about why the president didn’t get interviewed is probably a better one for Mueller than it is for Barr," replied Michael Bender, White House reporter for the Wall Street Journal.

"Sorry to interrupt, but you make a very important point there," King interjected. "Barr’s testimony has increased not only Democrats’ desire, but the public case for Mueller to have to answer questions now."