Be careful what you wish for: GOP lawmaker demands Mueller testify and 'answer for his conduct' 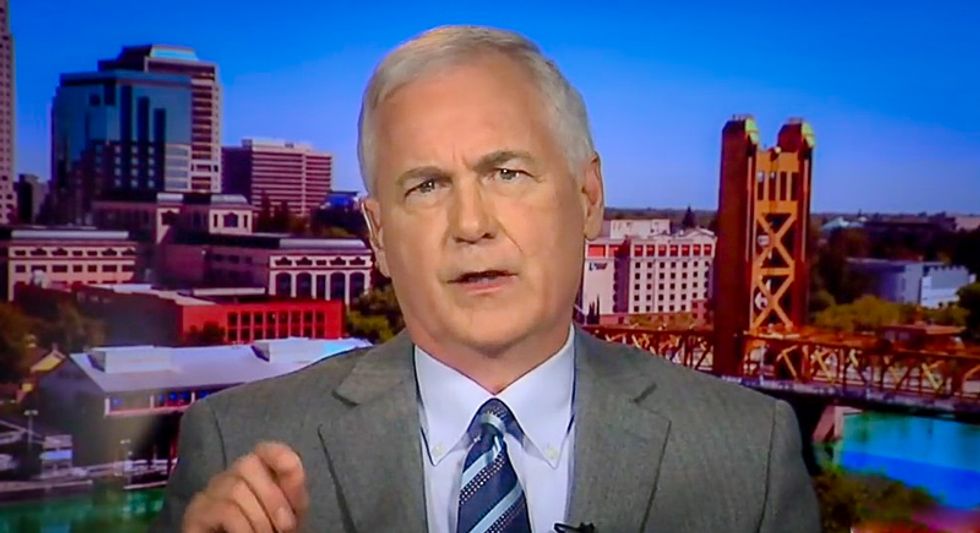 During an interview on Fox News, McClintock complained about Mueller's Wednesday press conference, which made clear that President Donald Trump has not been exonerated on allegations that he obstructed justice.

"I rejected the premise that Mueller put forward that he could not recommend prosecution because a sitting president cannot be indicted. That’s horse manure," McClintock griped to Fox News host Harris Faulkner.

McClintock argued that "any president can be indicted after they leave office."

"We paid Mueller and his team $25 million and gave them 22 months to make a case against the president and they didn’t because they couldn’t," he added. "Now he’s trying to hide behind this pettifoggery of DOJ regulations. I find it disgusting and it reinforces my position that he needs to come before the Congress and answer for his conduct."

"You need to hear from this former special counsel?" Faulkner asked.

"I don’t like the idea of any official who is accountable to no one," McClintock explained "That is essentially the special counsel. So I’m not comfortable with that to begin with. What I’m very uncomfortable about is Robert Mueller’s conduct in that position. Now taking the stand that oh, well, he’s not going to take questions from the press or Congress. He’s above all that. I’m sorry. That’s not the way this process works."

Based on Republican reactions to Mueller's Wednesday press conference, McClintock may want to think twice before calling on the former special counsel to speak out publicly again.