Bernie Sanders shouts down protester in Iowa: 'I've got the mic and I'm louder than you' 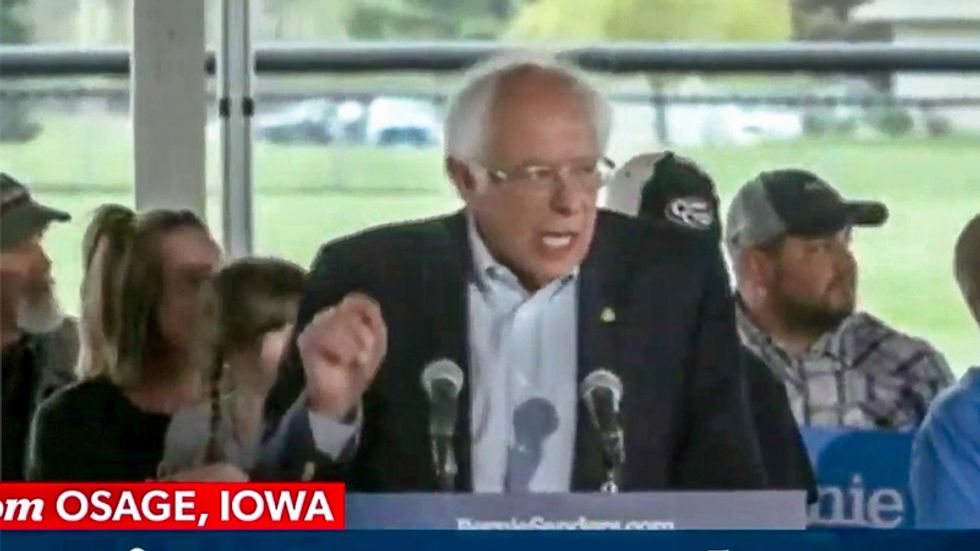 Democratic presidential candidate Bernie Sanders on Sunday faced off with a protester in Osage, Iowa.

Sanders began the event by introducing Ben & Jerry's co-founder Ben Cohen. After Sanders noted that the ice cream chain has been a supporter of fair wages for dairy farmers, someone in the audience began to shout.

After a moment, Sanders yelled back: "I've got the mic and I'm louder than you."

The crowd responded by shouting down the protester with chants of "Bernie! Bernie!" The demonstrator's message was not immediately clear.