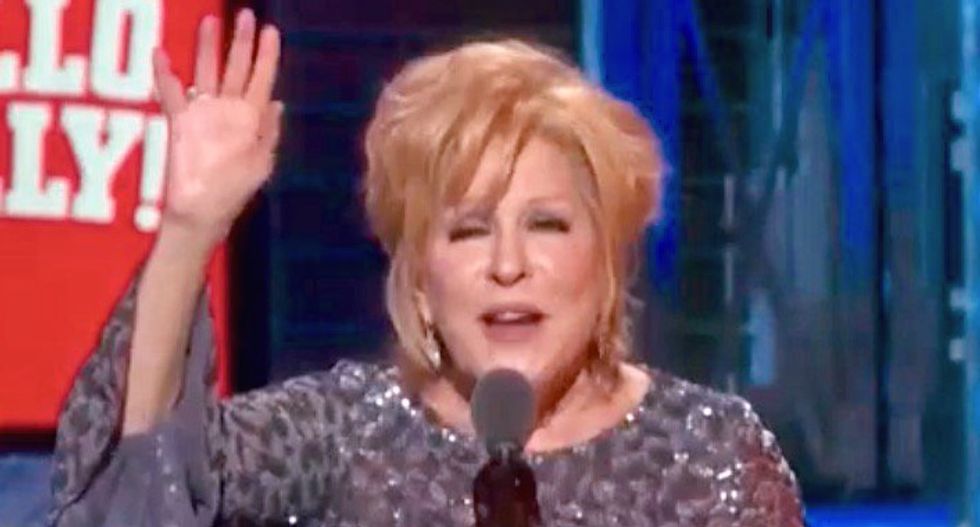 Actress and singer Bette Midler went off on President Donald Trump's supporters who operate on blind loyalty instead of a reasoned analysis.

“There's a theory that Trump doesn't want his taxes released because if his base reads that he's not as rich as he says, they might lose confidence in him. His base can read?” Midler knocked.

She showed several videos that exposed Trump's struggle reading a deposition and flubs he has made while reading a teleprompter. The more likely fact is that Trump doesn't wear his reading glasses when appearing before the public. Still, the conspiracy theory became a running joke among progressives.

Using the theories outlined in the acclaimed book What's The Matter With Kansas, conservatives in many areas of the country have a tendency to vote against their own economic interests. Such was the case with President Donald Trump and the voters of his who believed that he would cut their taxes and bring back their manufacturing jobs in their states.

Trump's two years in office have proved he's like all other Republicans who believe if he gives money to the wealthy it will "trickle down" to workers. Trump's tax cut left workers high and dry, with under 5 percent of workers in Fortune 500 companies scoring bonuses. Most companies did stock buybacks instead.

Trump's supporters went off in their own attacks, which you can see below: