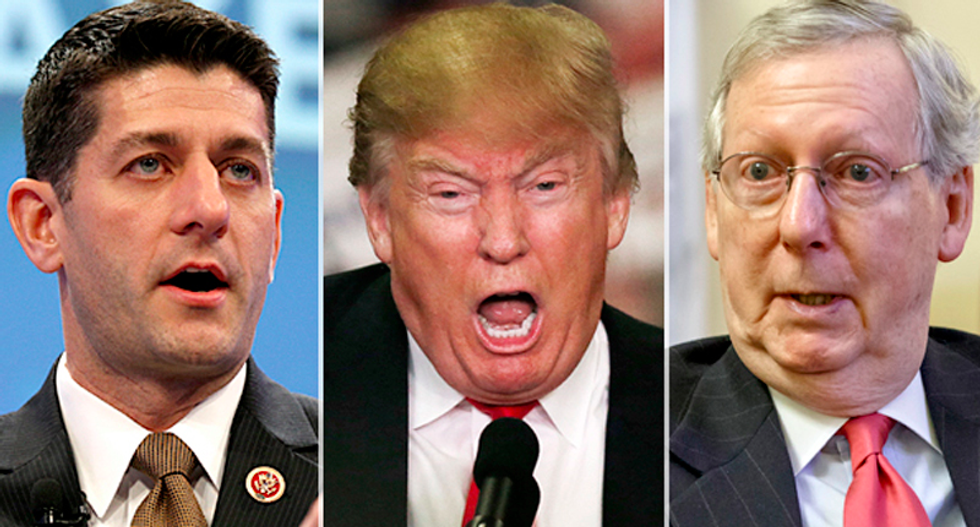 "The GOP's latest massive tax cut for the wealthy didn't pay for itself, didn't boost growth, didn't raise wages... it was garbage policy transparently designed to put a big windfall in oligarch pockets."

That's according to a new analysis by the nonpartisan Congressional Research Service (CRS), which appeared to vindicate warnings from progressive critics that the GOP tax cuts were little more than a scam designed to put more money in the pockets of wealthy Americans.

In its 23-page report (pdf), the independent research arm found that while the Republican tax law has not done much for workers or the overall economy, it has sparked a wave of stock buybacks, which primarily benefit rich executives.

According to the CRS, "evidence does indicate significant repurchases of shares, either from tax cuts or repatriated revenues," but "relatively little was directed to paying worker bonuses, which had been announced by some firms."

"There is no indication of a surge in wages in 2018 either compared to history or relative to GDP growth," the congressional research arm found, a conclusion that is consistent with recent survey data showing Americans have not seen a paycheck boost from the Trump tax cuts.

The CRS report also suggested that worker bonus announcements by major corporations immediately following the passage of the GOP tax bill in 2017 may have been little more than "a public relations move."

As for overall growth, the CRS analysis cast serious doubt on Trump's repeated claim that his tax cuts were "rocket fuel" for the U.S. economy.

"On the whole," the CRS said, "the growth effects tend to show a relatively small (if any) first-year effect on the economy."

Rep. Bill Pascrell Jr. (D-N.J.), a member of the House Ways and Means Committee, tweeted late Tuesday that the CRS report provides "more evidence the GOP tax scam was jammed into law on a canoe of lies."

"It's done nothing to raise wages and flown right into corporate execs' pockets," Pascrell wrote.