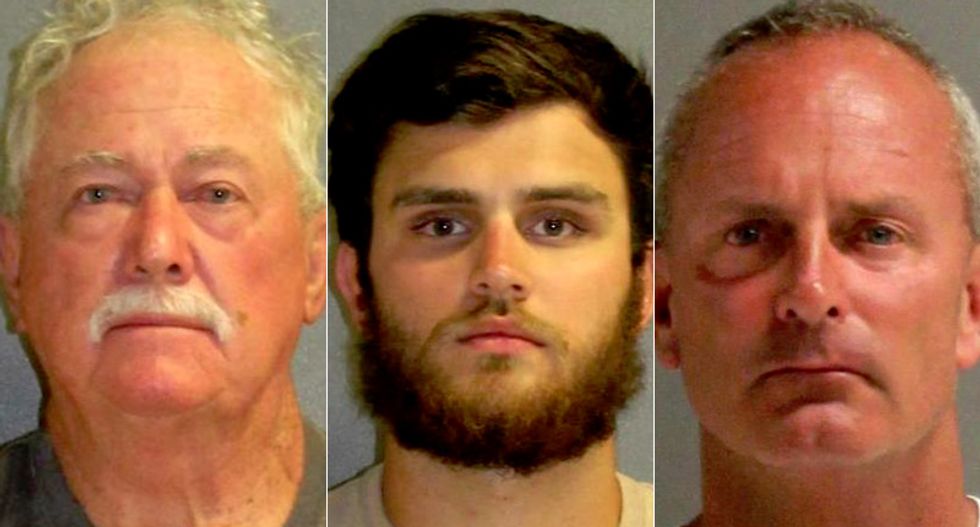 A Florida man has been charged with a hate crime after sparking a fight with an interracial couple on Mother's Day, reports News 6 in Orlando.

The couple -- the man was black, and the woman was white -- were celebrating Mother's Day with drinks at Tailgatorz Sports Bar & Grill on Mother's Day, when Warren Stratton, 66, of Oak Hill, Florida, came up to them and asked the man if he was from Africa.

He then wondered aloud whether it was "Africa Day," according to the police report.

The victim told Stratton to move along, but instead he shoved him. Other patrons tried to separate them but the fight escalated, with two of Stratton's family members joining in.

"There's a terrible fight and there's one African-American that's being beat to a pulp -- and no one is here to defend him -- by a bunch of rednecks," a witness said in a 911 call.

Stratton's nephew, Troy Noe, 52, of New Smyrna Beach, is also charged with evidence of prejudice battery. The charges carry a penalty of up to five years in prison.

Noe’s son, John Noe, 22, was initially facing the same charge. It was reduced on May 17 to misdemeanor battery, reports the Daytona Beach News-Journal.