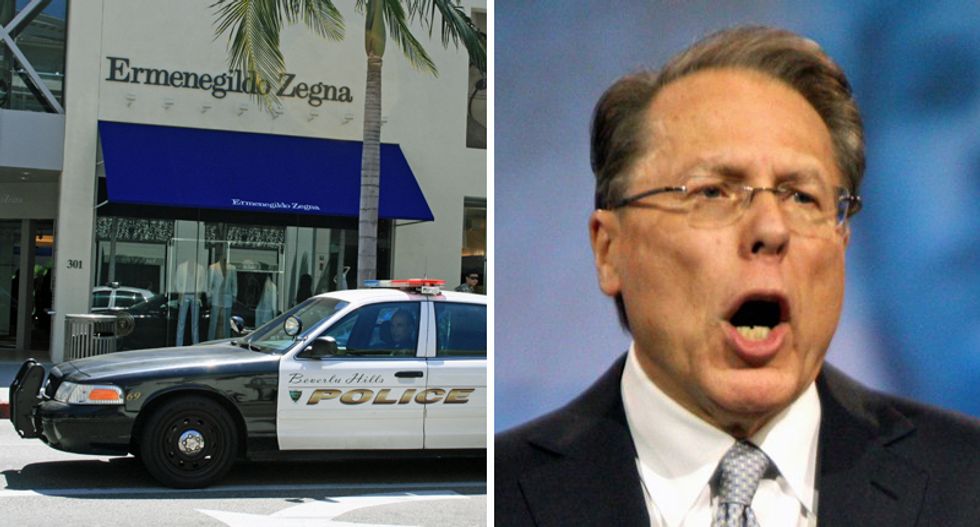 Turmoil continues at the National Rifle Association (NRA) after the far-right political organization was caught spending $274,695.03 at a high-end fashion boutique on clothing for CEO Wayne LaPierre.

"During the recent audit sequence, specifically with FRA, transactions with related parties were discussed," Winkler wrote. "We realized during these discussions that we need to address your wardrobe you required us to provide, specifically, purchases at the Zegna store in Beverly Hills, CA."

An attachment showed an itemized list, covering the period from April 2004 to September 2015.