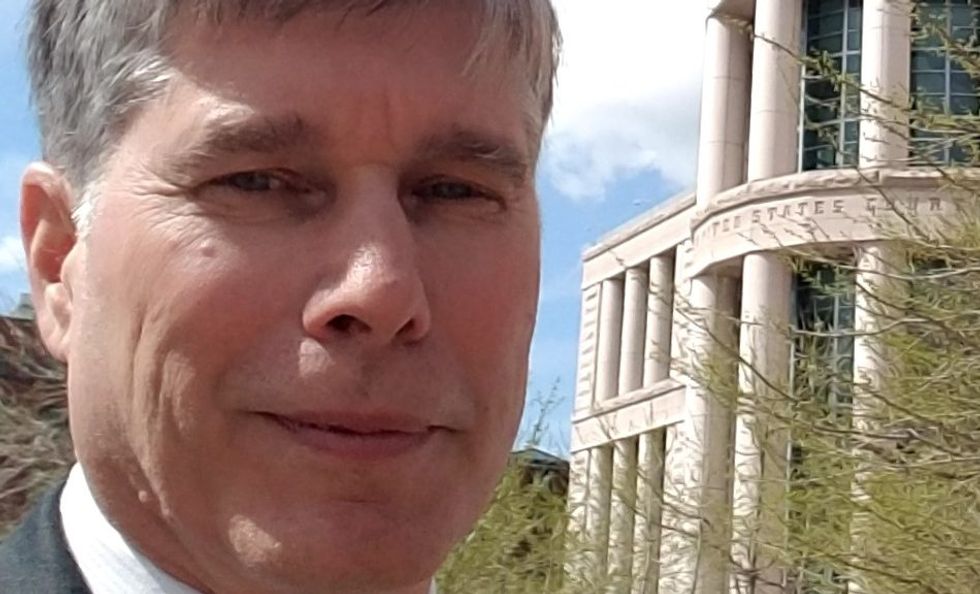 A Christian activist this week testified to the Missouri House Committee on General Laws that he believed Americans had a divine calling to discriminate against LGBTQ Americans.

The Kansas City Star reports that Missouri businessman Ron Calzone told lawmakers this week that barring discrimination against the LGBTQ community would be defying God's will that gay people face discrimination.

When asked during his testimony if businesses should be allowed to discriminate against people with freckles, he argued that they should.

"If a restaurant owner doesn’t want to serve people with freckles, that should be his choice," he said.

Calzone testified as part of an effort to stop Missouri from passing legislation aimed at preventing discrimination against the LGBTQ community. Missouri Rep. Greg Razer, who is sponsoring one of the bills under consideration, told the Kansas City Star that letting discrimination continue in the state would do massive damage to young LGBTQ teenagers.

“I was a closeted teenager,” he explained. “LGBT teenagers are five times more likely to commit suicide than their heterosexual counterparts. Yet what we get from the leadership in this building is silence and inaction.”